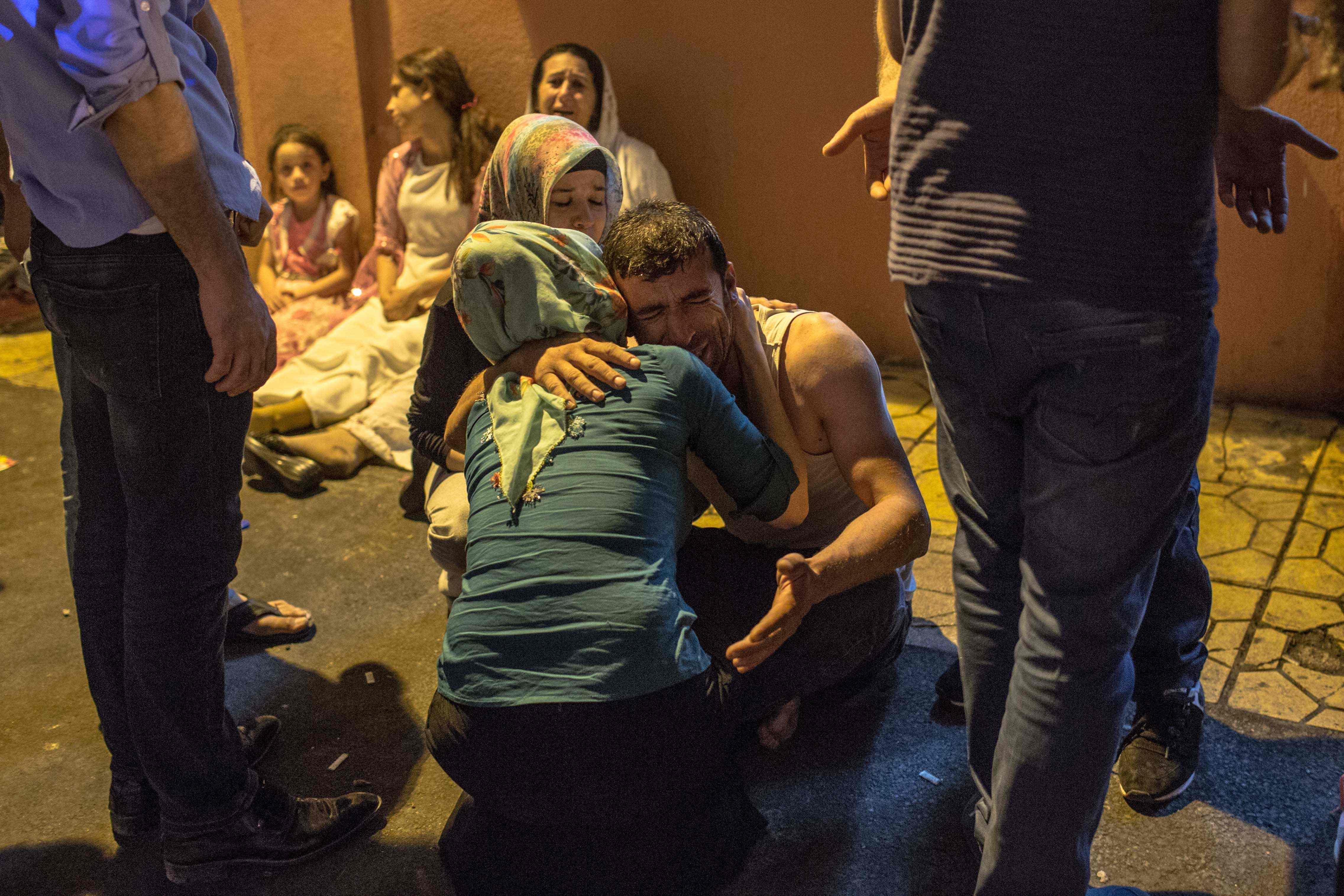 The terror attack happened in the city of Gaziantep which is located 40 miles from the Syrian border
AT LEAST 50 people have been killed and dozens injured after a suspected suicide bomber targeted wedding celebrations in Turkey.

The wedding party had been dancing in the street in the southern Turkish city of Gaziantep, about 40 miles from the Syrian border, when the bomb exploded in one of the deadliest attacks this year.

Turkey's president Tayyip Erdogan has now said it was likely that Islamic State militants carried out the late-night attack.

An official from the ruling AK Party also reportedly confirmed that terror group ISIS  is responsible for the assault which Gaziantep governor Ali Yerlikaya earlier called a "terrorist attack".

The devastation of the bomb was laid bare on Sunday morning with smashed garage doors and windows seen at the site.

Witness 25-year-old Veli Can said: "The celebrations were coming to an end and there was a big explosion among people dancing.

"There was blood and body parts everywhere."

The pro-Kurdish Peoples' Democratic Party, or HDP, said in a statement that the wedding was for one of its members, and women and children had been among those killed.

It is understood the wedding had a strong Kurdish presence.

Video of the aftermath of the attack has since emerged with young children being rushed from the scene.

People covered in blood and screams can be heard in the video.

NATO member Turkey has suffered a string of attacks this year by Islamic State fighters, who pass relatively easily across the border from neighbouring Syria, and by Kurdish militants seeking autonomy or independence.

Erdogan said in a statement that there was "no difference" between the group of US-based preacher Fethullah Gulen who he blames for the failed coup bid, the outlawed Kurdistan Workers Party (PKK) "and Daesh (IS), the likely perpetrator of the attack in Gaziantep".

"Our country and our nation have again only one message to those who attack us -- you will not succeed!" he said.