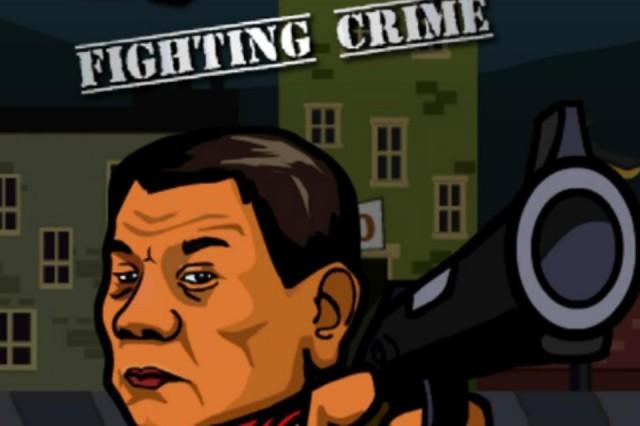 MANILA - The current all-out drive against crime is showing a positive impact, the government claimed on Sunday as the incidence of crime went down significantly during the first month of President Rodrigo Duterte’s incumbency.

Seventy-one-year-old Duterte, who was a prosecutor before serving several terms as mayor of Davao City, was elected as the country’s 16th President on an anti-crime platform last May. His iron hand approach to criminals has drawn criticism as well as praises in the country where drug use is rampant.

Andanar quoted data submitted by Philippine National Police (PNP) Public Information Officer Senior Supt. Dionardo Carlos, which stated that the crime volume went down from 56,339 in July 2015 to 50,817 for the same month in 2016, indicating a 9.8 per cent drop.

Index crimes — which include murder, manslaughter, rape, robbery, aggravated assault, burglary, and motor vehicle theft — dropped significantly, by 31 per cent in July 2016 compared to in July 2015.

The figures were issued in the face of reports over hundreds of killings of persons suspected to have links to illegal drugs.

PNP added at least 513 drug personalities were killed and more than 600,000 drug pushers and users have given themselves up to authorities since July 1 while more than 3,000 were arrested over the same period.

“Our President promised to eradicate the drug problem within three to six months and these actions were taken to make the streets safer for the children and citizens,” Andanar said.

But international bodies, including the Human Rights Watch and the US government, have expressed concern over the human rights situation in the country given the killings taking place in the name of purging the society of drug criminals.

“The United States strongly believes in the rule of law, due process, and respect for universal human rights, and that these principles promote long-term security. We are concerned by reports regarding extrajudicial killings of individuals suspected to have been involved in drug activity in the Philippines. We strongly urge the Philippines to ensure its law enforcement efforts are consistent with its human rights obligations,” the US Embassy in Manila said in a statement last Friday.

In response to this, Philippine Foreign Affairs Secretary Perfecto Yasay said on Sunday that the government remains focused on peace and order efforts including eradication of illicit drugs.

“While pursuing this objective, the Philippine Government is committed to the rule of law, and the protection of human rights of all.

“Law enforcement officials are expected to abide by legal procedures and strict operational protocols. Alleged violations of these protocols will be investigated by the authorities and those who have broken the law will be prosecuted,” Yasay said.

The Philippine Senate last week started its own investigations into the extrajudicial killings.

“We do not condone any unlawful killings and Philippine authorities have been instructed to immediately look into these incidents and bring the perpetrators to justice,” Yasay said.