SAPP wants Sabah deal with Petronas like what Sarawak did 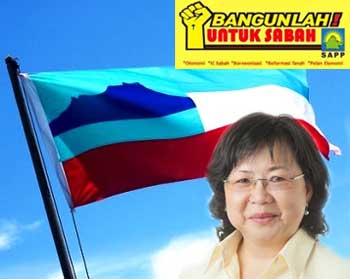 Deputy president Melanie Chia says this is "only the beginning" of rectifying the losses suffered since the state ceded oil and gas rights to Petronas in 1974.

The Sabah state government has been urged to urgently negotiate with the Federal Government and Petronas for the same type of concessions obtained by Sarawak.

Melanie Chia, deputy president of Sabah Progressive Party (SAPP), said Sabah should also demand that a Sabahan to be appointed to the Petronas board of directors, ensure more Sabahans are employed at all levels and the state allowed to take part in production sharing contracts.

Her statement came in response to Sarawak Chief Minister Adenan Satem’s announcement yesterday of an agreement with the Federal Government and Petronas on seven major issues.

Chia pointed out that the Federal Government had never set up a National Petroleum Advisory Council, as provided for in the Petroleum Development Act 1974 which vests rights to petroleum exploration and exploitation in Petronas.

The council was to comprise people from relevant states to advise the Prime Minister on petroleum policy.

She said “this is only the beginning” of efforts to recoup losses suffered by the state since it ceded oil and gas rights to Petronas in 1974.

Chia said the state should also demand cash payments from revenues obtained from oil and gas production in Sabah. - FMT