Which Sabah party will Shafie take over? 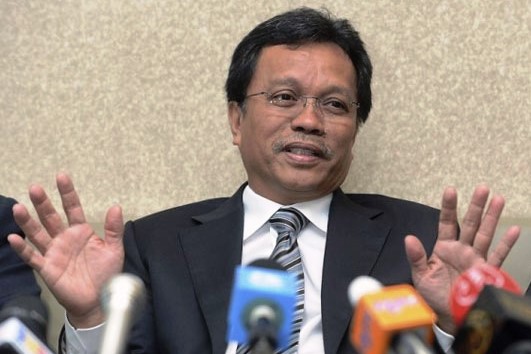 Former Umno vice-president Mohd Shafie Apdal is reportedly keen on taking over and rebranding an existing Sabah party, from which he plans to launch his campaign against BN.

Veteran newsman A Kadir Jasin speculated that Shafie would be taking over the reins of the United Sabah National Organisation (Usno).

"As Usno president, I have never met with Shafie... Nor am I interested in meeting him.

"Based on the information I received from those who have attended meetings with Shafie, none have said that Shafie wants to join Usno.

"The majority of our divisions throughout Sabah will reject it if (Shafie) takes over the Usno presidency," Dulli told Malaysiakini.

However, he said he did hear rumours that Shafie had set his sights on a different group, Parti Kebangsaan Sabah (PKS).

"The latest I've heard is the new party has been registered and launched, but it hasn't contested in elections.

"I'm not sure (which party it is) but it sounds like PKS, which was approved three years ago," Dulli said.

Malaysiakini has contacted Shafie for his comments.

Shafie had been thrown into the political wilderness after he was axed from Prime Minister Najib Abdul Razak's cabinet last year for criticising 1MDB.

Two months ago, Umno suspended him from the party, following which he decided to quit on his own accord.

Shafie's plan now is to reportedly form a new party to work together with Dr Mahathir Mohamad's upcoming Parti Pribumi Bersatu Malaysia (Bersatu) and other opposition parties against BN.

However,  Dulli indicated that Usno may not be part of this movement.

"Usno takes the middle ground. We neither support the opposition nor BN."

Usno was founded by Tun Mustapha, who became the third Sabah chief minister. The party won power in 1967 and ruled Sabah for nine years until 1976, when it lost a state election in the wake of a leadership split.

In 1994, Usno was deregistered by the Registrar of Societies (ROS), and most of its elected representatives joined either Umno or PBS. A new party called Usno Baru was launched in 2013. - Msiakini
Posted by wikisabah at 2:20:00 PM