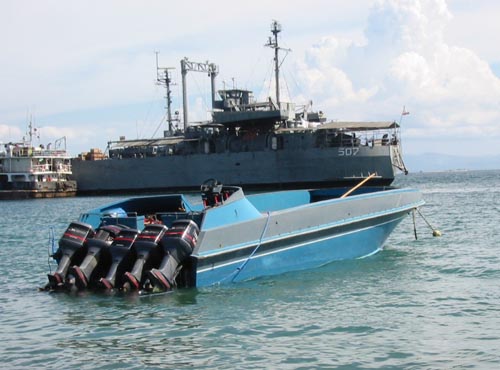 Visaya said neutralizing the “speed” of the bandits by confiscating their speedboats was just one of the “innovations” in the military’s operations against the ASG.

“My instruction…is that before we will conduct our offensives against the Abu Sayyaf, we have first to neutralize the speed of the enemy in the high seas,” he said during his confirmation hearing at the Commission on Appointments’ committee on national defense.

“Because these (speedboats) are the primary transportation assets of the Abu Sayyaf in their kidnapping activities, we have to neutralize that first,” he said.

Since there is no law that could prevent the ASG from using high-powered speedboats, Visaya said he requested the Department of Transportation to “deputize” them in confiscating unregistered boats.

“So this has impacted on the movement of the Abu Sayyaf now. We have confiscated about less than 200 boats in Basilan, Sulu , Tawi tawi, and Zamboanga. These are some of innovations that we’re doing now in our operations against Abu Sayyaf,” he added.

Visaya said the ASG is considered among the biggest threats to national security. The other internal threats, he said, are the communist rebels, drug syndicates and other kidnapping groups. CDG