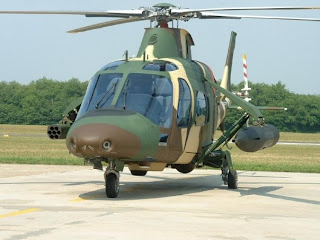 TAWAU - Helicopter gunships, armoured cars, new radars and the deployment of an Army brigade are among measures announced today to boost security in Sabah.

Defence Minister Hishammuddin Hussein said the measures were part of new initiatives to meet threats from the Islamic State militant network and terrorist groups in the southern Philippines.

Asked about the latest kidnapping of three fishermen in the waters off Pom Pom in Semporna, Hishammuddin said the defence ministry viewed it seriously although the issue was not under the ministry’s jurisdiction.

He said the Malaysian Army would deploy the Esscom Brigade at Felda Sahabat in order to beef up security in that area, which forms part of the Eastern Sabah Security Command.

“The Army will also receive 20 armoured 4×4 vehicles equipped with Gatling guns which will be placed in Lahad Datu,” he told reporters here today.

Coastal surveillance systems would be installed in five location on the east coast of Sabah. These comprises radar equipment with an automatic identification system and electro-optical capability.

Four more Agusta A109 LOH helicopters mounted with M134D Gatling guns had been delivered to ESSCom, while six MD530 light combat helicopters being procured would be placed at the Forward Operating Base in Lahad Datu.

He said the air force had never had helicopters equipped with such an advanced weapon.

Hishamuddin said recruitment of nearly 40 percent of the personnel needed for the establishment of the 31st Border Brigade, to complement the five battalions required.

Malaysia and Indonesia would continue cooperation to strengthen security along the border between Sabah, Sarawak and Kalimantan.
Posted by wikisabah at 7:11:00 PM