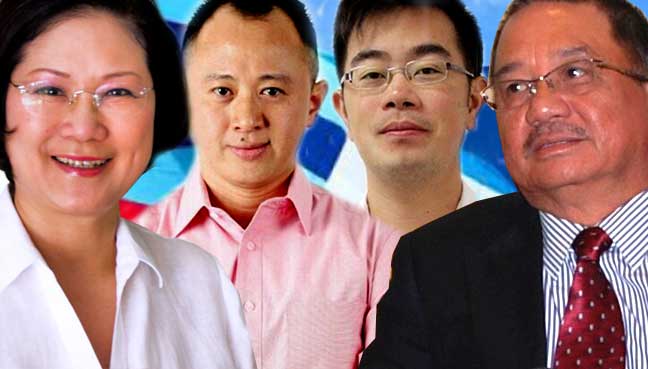 According to the report, Moyog Assemblyman Terence Siambun is certain to leave PKR, following in the footsteps of Penampang MP Darell Leiking who recently left to join the new party formed by former Umno vice-president Shafie Apdal.

Terence had previously been mum when FMT probed him on his plans, after rumours surfaced about his possible defection.

The China Press report said that Sabah PKR Chairman Lajim Ukin and his deputy Christina Liew are also expected to leave PKR soon, with the former expected to start his own party, while Liew’s plan remains uncertain.

The report said that Lajim had previously met Shafie and the Semporna MP had welcomed the former joining the party, but said he could not guarantee him a seat come elections, as the party wanted new faces.

If the defections do take place in PKR, the state PKR would be left with only Dr Roland Chia, who is Inanam assemblyman.

Apart from the PKR trio, DAP’s Junz Wong is also set to leave his party after being offered a place in Shafie’s new party, said the report.

However, Wong has yet to decide on the move, it added.

Last Thursday, Leiking announced his resignation from PKR, but stressed it had nothing to do with the party or the president. He said the decision came about as he needed a state-based political platform to fight against the BN regime.
Posted by wikisabah at 3:23:00 PM