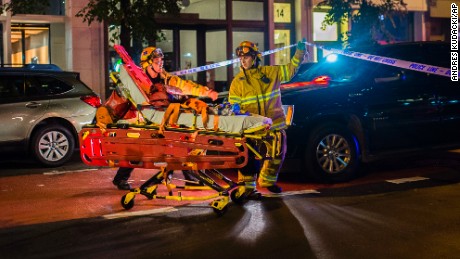 New York (CNN) -  Police are hunting for answers as to what caused an explosion that injured 29 people in New York City's Chelsea neighborhood Saturday night, shortly before a second suspicious device was found nearby.

New York City Mayor Bill de Blasio told reporters early indications are that the explosion at 23rd Street and 6th Avenue in Manhattan at about 8.30 p.m. Saturday "was an intentional act."

But, he said, "there's no specific and credible threat against New York City at this time from any terror organization."

Investigators believe the blast was caused by an explosive device in or near a dumpster, a law enforcement source told CNN.

They are looking at surveillance video that appears to show a person near where the explosion occurred, in an attempt to determine if that individual is connected to the blast.
Police have increased security across New York's five boroughs as a precaution, a law enforcement source told CNN. 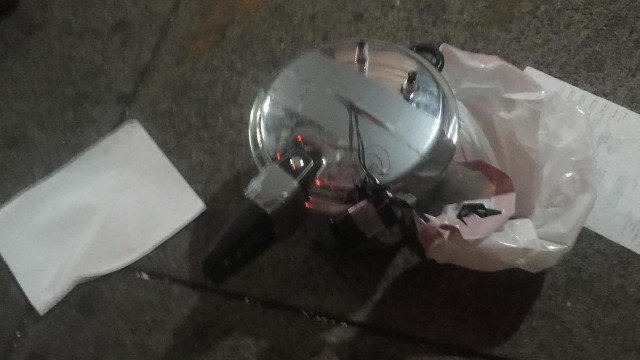 Just blocks away from the explosion, a suspicious device was found at 27th Street, according to multiple local and federal law enforcement officials.

The object was a pressure cooker with dark colored wiring protruding, connected by silver duct tape to what appears to be a cellphone, officials said. A piece of paper with writing on it was found nearby.

None of the officials would say at this point what was inside the pressure cooker, which has since been removed from the scene.

Pressure cookers were used as explosive devices in the Boston Marathon bombing that killed three people and injured more than 260 in 2013.

Police officers and federal agents were scouring the streets with flashlights, robots and dogs early Sunday to ensure there were no other devices in the area. Attention focused on another object in the area, but it turned out to be trash.

De Blasio says they also believe there is no specific connection to an earlier incident in New Jersey, where an explosion went off in a garbage can on the route of a Marine Corps charity run.

'I just blacked out'

Twenty-nine people were injured in the explosion, one of them critically, officials say.

Among the injured were David Martinez and Brenda Abero, who spoke to CNN after they were discharged from New York's Bellevue Hospital. Both said they were lucky to be alive.

Martinez said the couple were driving through Chelsea when their car was lifted up by the force of the blast, damaging the left side of the vehicle.

"I was driving a car and next thing you know I felt an explosion," he said.
"I just blacked out, next thing I know I'm in an ambulance."

Martinez, who suffered injuries to his head and leg, was feeling "pain, a little traumatized," he said. "Thought I was close to not seeing my son again, that was the scariest part."
Abero, who is pregnant, said her baby was uninjured.

Ambulances arriving at some local hospitals were being checked by armed guards.

How it all unfolded

Surveillance video from the explosion in Chelsea shows windows shattered with terrified people running on the streets and ducking. The video, which shows angles from inside and outside Orangetheory Fitness in Chelsea, shows a screen laying outside on the street after the explosion and what appears to be papers flying in the air.

Danilo Gabrielli, a 50-year-old Chelsea resident, was watching TV at his 23rd street apartment about a block away from the explosion site when he heard the blast.

"It was a huge explosion. It shook the entire apartment building," he said. He and others went to see what had happened: "People from my building and I were literally the first people there."

The scene, he said, was "very chaotic."

"We smelled something, like an intense sulfur smell, and saw smoke coming out of this building. I saw pieces of metal -- not large, but not small either. A few friends of mine saw glass there."
Gabrielli says "the entire neighborhood is real scared."

"It's a real quiet neighborhood -- not like the center of the city or the Wall Street area. It's tiny bars, where you go to grab a drink, grab a bite to eat, watch a film. We were worried."

An eyewitness told CNN affiliate NY1 he was having dinner when the explosion rocked the area.

"[I] felt a loud explosion and I felt like a lightning bolt struck the building. It, like, shook the ground," he told NY1. "Everybody ran out of the restaurant into the street. The whole city was in the street."
Some social media users said the sound of the explosion was heard as far away as Hoboken, New Jersey, across the Hudson River from Chelsea.

Chelsea is packed with restaurants, subway stations, shops, businesses and art galleries and normally buzzing on a weekend night. 23rd street, where the explosion occurred, is in the heart of Chelsea, CNN's Richard Quest explains.

It is not as bohemian as many have thought in previous times, Quest says. He notes Chelsea is one of the most expensive areas in the city now because of wealthy people moving to the area.

Chelsea is also still very much regarded and known for its inclusion of the gay community and the gay bars in the area, Quest says. He notes one of the most famous fashion colleges, FIT, is just blocks away.