No safe haven for Abu Sayyaf 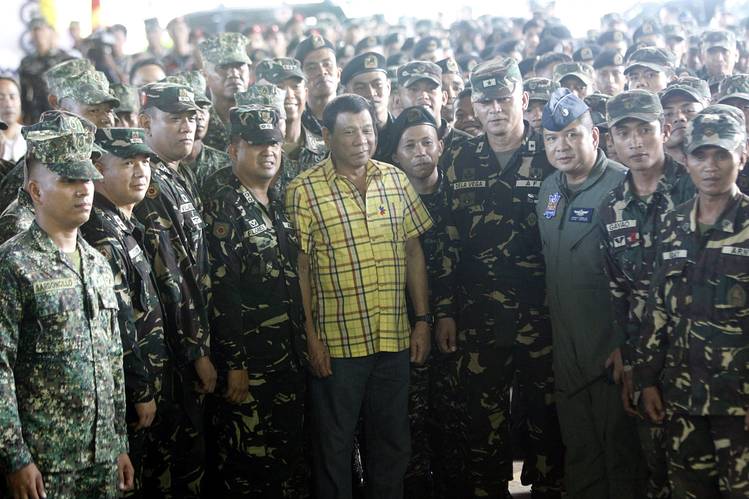 MANILA - Philippines president, Rodrigo Duterte, has zero tolerance for any kind of violence except that which will help the country rid itself of the criminals spawning mayhem all over the Philippines. Manila declared war on two fronts. Surrender, flee the manhunt or die, these are the only options open to the Abu Sayyaf terrorists in southern Philippines and the drug peddlers and drug lords all over the country. That evidence available suggests he has no time to pander to any sympathy for these two groups is resulting in them fleeing the battlefield looking for some safe haven.

According to reports many consider Sabah to be such. To date 37 Filipino nationals have been arrested attempting to enter the country illegally and by all accounts hundreds more are waiting on nearby islands in the Sulu Sea for the opportunity to slip through Malaysia’s security net.

Many are said to be refugees escaping the war against Abu Sayyaf in the south. Indeed, they would be, but to assume such is dangerous. The influx of refugees into Europe is a plain example of how terrorists enter with the flood of humanity seeking refuge. Therefore, entry can only be allowed in orderly fashion where everyone is screened. They may all look poor and in need of sympathy but that would be the route of least resistance as Malaysia opens its heart to these unfortunates. One cannot expect terrorists to walk in brandishing their M16s and AK47s. And, the drug lords and their distributors would not come flaunting their ill-gotten gains. Malaysia cannot but support Manila’s hard-nosed policy because the level of crime rates there is deplorably high. In the south, kidnappings
for ransom by the terrorists undermine Malaysia’s security and Sabah’s tourism industry. The fear, however is greater than this.

Remember the Lahad Datu incursion in 2013? Armed men entered Sabah with the intention to occupy based on an illegitimate territorial claim. This time because the population of the Eastern Sabah Security Zone (Esszone) is seen as kinsmen the terrorists expect safe harbour. Recently, a Sabahan and his daughter were arrested with M16 bullets in their possession. The signs are clear: there can be no complacency if Sabah does not wish for itself to be turned into a new Abu Sayyaf terror base.

Given the real danger of that possibility those attempting to slip into the country must be stopped.

Clear warning must be given of Malaysia’s tough intention to secure her borders. Leaflets should be dropped warning that all caught entering the country will be incarcerated in processing camps. Those attempting to escape will be shot on sight. In short, Malaysia too must declare war on the Abu Sayyaf. No half-hearted security measures should be attempted. Already the Eastern Sabah Security Command has increased assets and manpower to patrol the Sabah coast effectively. The curfew has been extended. The Philippines, meanwhile, has acted to prevent the terrorists from escaping but those slipping through must be disabused of notions that there is mercy to be found in Malaysian waters and territories.
Posted by wikisabah at 4:32:00 PM