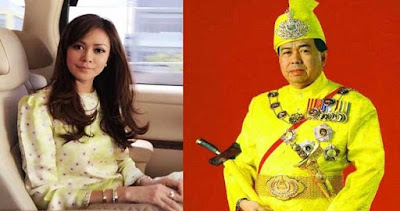 It was solemnised by the Selangor mufti Mohd Tamyes Abdul Wahid, he said in a statement.

Sultan Sharafuddin has two daughters, Tengku Zerafina and Tengku Zatashah, and a son, Tengku Amir, who is the Raja Muda of Selangor.

Norashikin, 45, who hails from Kuala Lumpur, is the youngest of three siblings.

She won acclaim as the Best TV News Presenter at the Seri Angkasa Awards 2005.