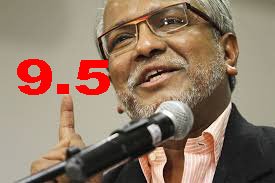 According to Anwar's lawyer, Latheefa Koya, the judge also directed Muhammad Shafee, who was named by Anwar in the discovery application, to submit his application by July 19.

Justice Kamaludin fixed Aug 3 as the next case management date.

Malaysiakini is unable to independently verify Sarawak Report’s allegation. Both Najib and Muhammad Shafee have yet to respond to repeated requests for comment.

Following Sarawak Report's claim, Anwar filed a suit on June 9 naming the government as the defendant to set aside his conviction in light of the alleged RM9.5 million payment.

He also filed a discovery application last week seeking a court order for Najib and Shafee to reveal their financial statements in relation to the allegation.