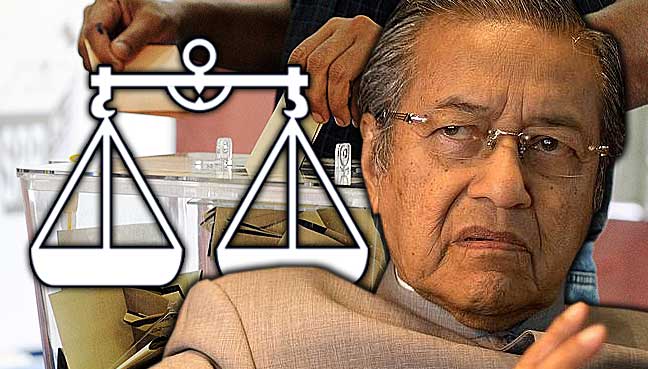 He says there are frantic efforts to buy support using 'money and foodstuffs'.

“The government will refuse to admit defeat. The opposition would be accused of cheating. No evidence would be needed for the government to declare this. The bullies of the BN will be ready to create instability,” the PPBM chairman wrote in his blog today.

He said the measures would include the setting up of a National Operations Council, similar to the emergency-era “Mageran” council following the race riots of 1969.

“At that stage the BN may offer monetary incentives to opposition MPs to cross over. Once the BN gains a sufficient majority, the emergency would be lifted and the BN would form a majority government,” said the former prime minister.

The next general election must be held by the middle of next year.

Dr Mahathir said there would be “worse” abuses in the 14th general election compared to the ones listed by electoral reforms group Bersih 2.0 in the 2013 national polls.

He accused Prime Minister Najib Razak of handing out “large amounts of money” to buy support.

He added efforts were already underway to woo his party’s Youth leaders through the distribution of “money and foodstuffs”, taking advantage of events held during the fasting month.