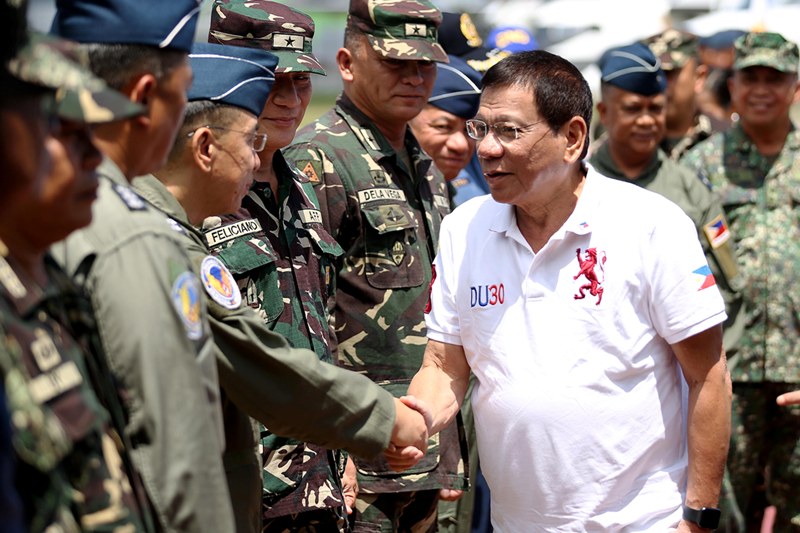 Malacañang and the Armed Forces of the Philippines on Friday downplayed reports of the Bangsamoro Islamic Freedom Fighters' threats against President Rodrigo Duterte.

Presidential spokesperson Ernesto Abella during the "Mindanao Hour" in Davao City stressed that the BIFF is an isolated group.

“The local Muslim community, the Maranaos especially, do not want this… These are isolated groups that are brilliant in media manipulation ... but they do not have the necessary support coming from the ground,” he said.

“As expressed, as shown… Based on results, no [they can’t carry out attacks against Duterte],” he added.

East Mindanao Command deputy commander and Mindanao martial law spokesperson Brig. Gen. Gilbert Gapay, meanwhile, described the BIFF’s threat as a “desperate pronouncement” after they were pushed back by the military.

“...Desperate because what happened in Pigcawayan recently was in retaliation and somehow a diversionary attack resulting from major setbacks they have been experiencing in their stronghold in Maguindanao, specifically the SPMS box, because our forces there have intensified their operations against the BIFF,” he said.

“SPMS box” refers to the adjoining towns of Shariff Aguak, Pagatin (Datu Saudi), Mamasapano and Shariff Saydona in Maguindanao where the BIFF operates.

He also pointed out that even the President himself had expected to make more enemies because of his job, and that the Presidential Security Group has been making some adjustments from time to time to ensure his safety.

“Every engagement is a different one so it depends on the area of engagement so they have to make adjustments if it’s Luzon, Visayas, or Mindanao and based on the level of threat. So, not all engagements have the same level of security preparation,” Gapay said. —LBG/KVD, GMA News
Posted by wikisabah at 2:51:00 PM