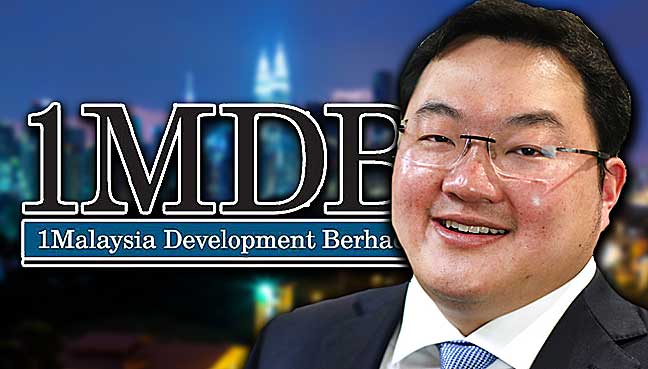 Malaysian businessman Jho Low has purportedly dismissed Singapore's allegations against him as politically motivated after prosecutors from the city-state accused him of victimising 1MDB.

A spokesperson for the businessman was quoted in a news report as claiming that attempts to link him to those who pleaded guilty in Singapore's 1MDB-related court cases were “based on unfounded assumptions”.

“This is an example of overreach with a politically motivated act and selectively chosen narrative alleging 1MDB as a 'victim' when it has been clearly stated by the Malaysian authorities that there has been no misappropriation of 1MDB funds.

“No wrongdoing has been proved in any jurisdiction relating to the alleged misappropriation of 1MDB funds, and this development in Singapore does not change that.

“Mr Low is confident that any impartial party presented with the complete facts will see that the allegations are flawed, biased and create an inaccurate picture," the spokesperson was quoted as saying by The Malaysian Insight.

Bloomberg yesterday reported that prosecutors in Singapore had told a state court that Low was the central figure in the probes linked to 1MDB, and had misappropriated monies from the state fund.

“The main victim, in this case, is 1MDB,” prosecutor Nathaniel Khng had said.

Court filings made public on Wednesday claimed about US$1 billion that 1MDB was supposed to invest in a joint venture with PetroSaudi International Ltd was misappropriated into a bank account beneficially owned by Low.

Yeo had reportedly referred to Low as "boss".

Besides Yeo, four others have been convicted by Singapore courts over the 1MDB scandal, with three of them sentenced to jail.

Low, whose whereabouts are currently unknown, is a central figure in the 1MDB scandal.

The US Department of Justice's latest lawsuits on 1MDB claimed that Low had used funds linked to the state investment firm, to purchase a US$27.3 million pink diamond necklace for Malaysian Official 1's (MO1) wife.

MO1 was alleged to have returned the money to a donor, but the funds instead went to accounts controlled by Low.

While neither MO1 nor his wife was named by the DOJ, Minister in the Prime Minister's Department Abdul Rahman Dahlan said the lawsuit had implicated Prime Minister Najib Abdul Razak's wife Rosmah Mansor.

However, he said the fact that Najib was not named showed the prime minister was not a subject of investigations.

Najib has repeatedly denied abusing public funds for personal gain and attorney-general Mohamed Apandi Ali has cleared the prime minister of any wrongdoing.

A law firm representing Rosmah had warned of legal action against those who make unfounded allegations against its client.
Posted by wikisabah at 12:31:00 PM