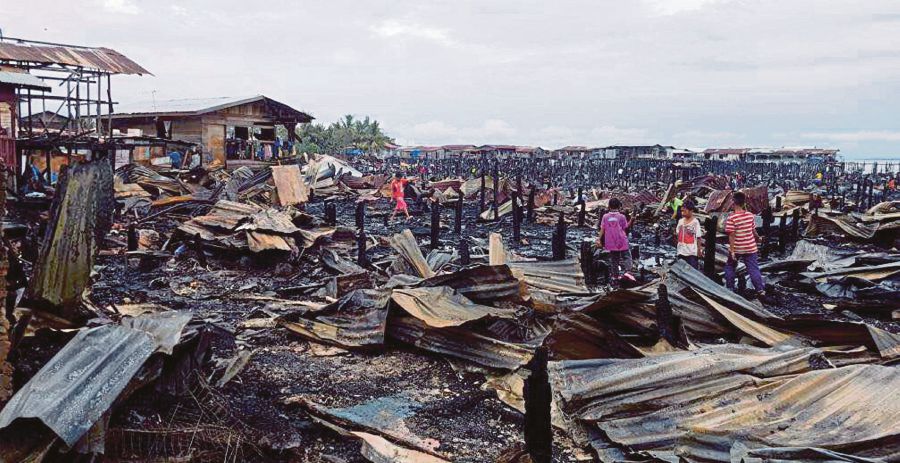 TAWAU - Results of laboratory tests have revealed that overcurrent was the main cause of a massive fire which destroyed 250 stilt houses at the Kampung Hidayat water village here two days ago.

District Fire and Rescue Station operations head Martin Thomas said the lab report supports the department’s initial findings that the fire could have been sparked by illegal power-tapping.

“We have received the report and it shows that the blaze was due to an electrical short circuit caused by illegal (power) connections.

“Illegal connection activity always takes place in squatter settlements and this is the first fire incident at Kampung Hidayat this year,” he added.

About 1,500 villagers were made homeless following the 3pm incident.

Firefighters took more than two hours to put out the fire due to low water pressure and the cramped conditions of the settlement, which also helped flames spread quickly from one house to another.

Two injured victims – one who fell from a roof, and another who suffered asphyxiation – are reported to be in stable condition.
Posted by wikisabah at 4:14:00 PM