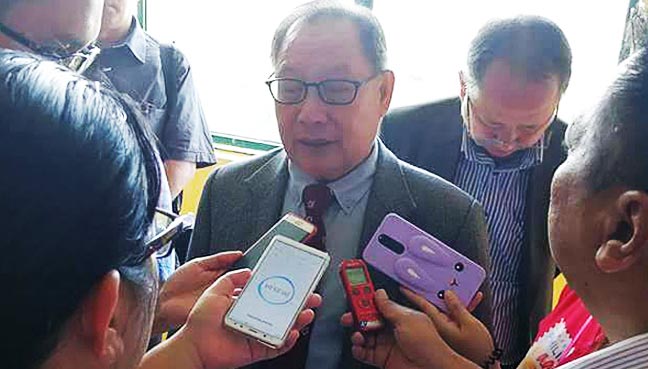 Following the raid, Jeffrey said the MACC should investigate the people behind the allegation that he and Bingkor assemblyman Robert Tawi were bribed to support Sabah BN.

Speaking to reporters after giving his statement at the MACC office here today, Jeffrey said he found it a waste of time for the MACC to come to his house at ungodly hours to search for things that were not there.

The MACC officers went to Jeffrey’s house in Bingkor, Keningau, on Monday morning at around 4am following reports that the Keningau MP and Tambunan assemblyman received RM20 million to side with Sabah BN after the conclusion of the election on May 9.

Jeffrey however said he supported the MACC for doing what they did as any allegation of corruption should be investigated.

“But at the same time, the people who created this kind of news should also be investigated because they are wasting the people’s time and money. They are also making lives miserable because MACC came to the house, checked everything in the house as if I was hiding something,” he said.

The MACC raided Jeffrey’s office on Sunday night at 10.30pm and Robert’s home at 2am on Monday before going to Jeffrey’s house.

The officials took Jeffrey’s bank cards and a money bag from his residence containing RM80,000 which Jeffrey said they had promised to return.

Jeffrey was then asked to go to the MACC office today at 2pm and came out after four hours of being interviewed.

Jeffrey said he had no idea who made the report to MACC against him and Robert.

He said MACC interviewers asked him about what had happened on the night of the election and the day after.

“It is difficult to say whether this is politically motivated. They are so quick in acting. So it must be part of a political ploy against me. The same thing happened to me 30 years ago. And now it is happening again,” he quipped.
Posted by wikisabah at 3:56:00 PM