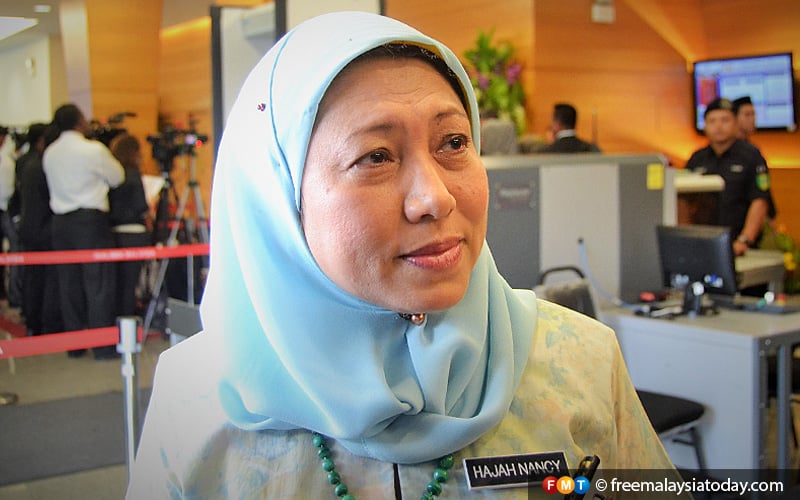 KUCHING - A Sarawak lawmaker has described the proposed amendment to Article 1(2) of the Federal Constitution as a “trap”, accusing the government of putting it forward just to fulfill the promises in its election manifesto.

Speaking to FMT, Batang Sadong MP Nancy Shukri said she could not see how the amendment would restore the position of Sabah and Sarawak.

She also questioned the absence of several Pakatan Harapan (PH) MPs from Sarawak when the bill was tabled for first reading in the Dewan Rakyat yesterday.

“We want it deferred, and we want a select committee to be formed so that we will be able to discuss the matter thoroughly,” she said, adding that a motion would be tabled to form this committee according to the advice of the speaker.

Calling the Article 1(2) amendment half-hearted, she claimed it was only done to “delude the people”.

“They are doing this just to fulfil their promises under their manifesto as it would be humiliating if they fail to fulfil it,” she said.

“They only think of their political positions. They should know that the amendment is long-term and involves the future of Sabah and Sarawak.”
Posted by wikisabah at 1:55:00 PM