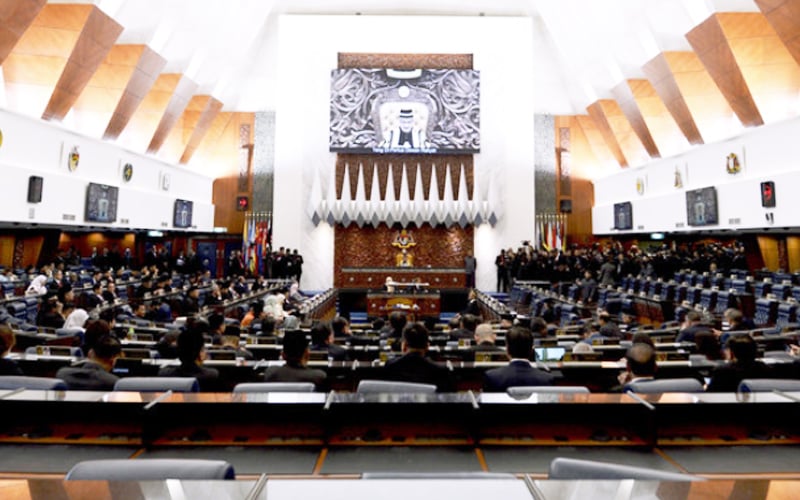 KUALA LUMPUR - MPs from Sabah and Sarawak today clashed with Dewan Rakyat Speaker Mohamad Ariff Md Yusof on the Federal Constitution (Amendment) Bill 2019 linked to the restoration of rights under the Malaysia Agreement 1963 (MA63), which was tabled for first reading in the lower house.

They said the bill should be brought before a select committee before it is tabled in the Dewan Rakyat.

Maximus Ongkili (PBS-Kota Marudu) said the amendment is crucial as it might be the only amendment to the constitution for Sabah and Sarawak to be equal partners with Peninsular Malaysia.

“This is not a normal amendment,” he said. “The implications are wide-reaching in terms of laws and legislation which will need amending.”

Wan Junaidi Tuanku Jaafar (GPS-Santubong) said the matter could still be brought before a select committee, adding that the MPs should have been given 24 hours’ notice before the bill was brought to the Dewan Rakyat.

He also urged the Dewan Rakyat not to bulldoze the bill through.

Others, including Nancy Shukri (GPS-Batang Sadong), also objected to the bill, saying it involves the rights of Sabah and Sarawak.

Ariff repeatedly called for calm, telling the MPs to table a motion if they wish to object to the bill.

Ismail Sabri (BN-Bera) claimed the bill only has two lines, and that the amendment “has no meaning”.

“The demands from the MPs are a lot more. It should have more about MA63,” he said.

But Ariff said all procedures had been followed as notice of the bill was given yesterday. He added that objections should be raised during the second reading.

The federal government recently agreed to amend Article 1(2) of the Federal Constitution to ensure equal development between Sabah and Sarawak and Peninsular Malaysia.

Speaking outside the Dewan Rakyat, Prime Minister Dr Mahathir Mohamad said the constitution does not make clear the status of the Federation of Malaya, Sabah and Sarawak as three entities.

He said this would require an amendment to the constitution which in turn would need a two-third majority in the lower house.

When asked if he was confident of obtaining such a majority, he said: “(Unless) Sabah and Sarawak lawmakers reject (the amendments). But as far as this government is concerned, we are for it.”
Posted by wikisabah at 2:37:00 PM