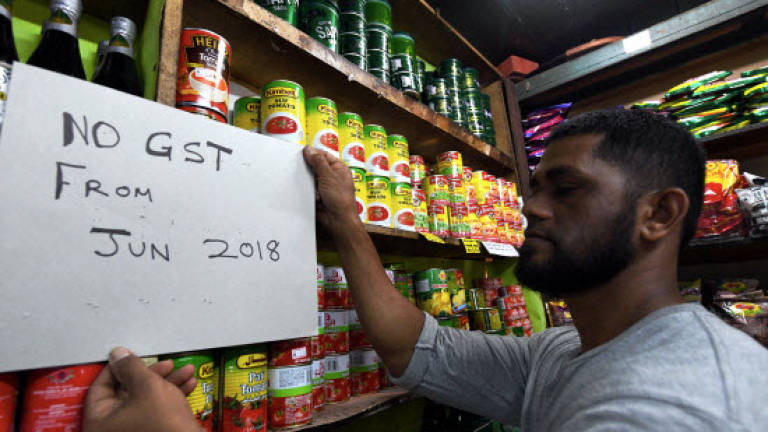 KOTA KINABALU - After almost 11 months under a new government, Sabahans are still waiting for a better economy as promised, or at least, lower prices of goods.

Business owners, especially restaurants, say there are far fewer customers compared to a year ago, and that consumers are still waiting for the promise of price drop of essential items.

“People just do not have the same purchasing power any more,” said a coffee shop operator who only wished to be known as James.

“Times were tough even before the election. But now, it is even tougher, not because the prices of supplies are up but because the number of people patronising my restaurant has gone down drastically.”

The businessman, a Kadazan, said he had a shop at the town area in Kinarut but moved back to his village because he sometimes could not afford to pay the rent.

Some of his customers suggested opening his shop in bigger towns such as Kota Kinabalu or Penampang but he was wary, especially after more established coffee shops closed down.

“We are now just playing it safe. Sometimes we do small catering services but for now, I don’t think we can afford to rent a shop. People are just not buying,” he said.

For housewife Rowenna Arinnah, 40, the prices of goods have not gone up as much, but neither have they gone down.

Prices did go down during the first three months after the change of government. “But now they have gone up again. There is no difference. Of course, I am not happy about it.”

However, she said it was good that many supermarkets offered goods for low prices. “We just have to find the best bargains.”

She said members of the new government, when previously in the opposition, had regarded the Goods and Services Tax as burdensome and blamed it for price increases.

However, after GST was abolished and the Sales and Services Tax restored, the prices of goods still went up. “What can we do? We just have to accept it, right?” she said.

Sabah Umno women chief Jainab Ahmad Ayid told FMT that the current government had made too many ridiculous promises which they had failed to deliver.

“Even Nurul Izzah Anwar, Permatang Pauh MP and former PKR vice president, recently complained that PH have failed to deliver their promises. The euphoria has now subsided and realities set in,” she said.

Jainab, who was community development and consumer affairs minister in the old government, reiterated her belief that the GST was better as the system made it tougher for people or companies to evade paying taxes.

It was a system the rest of the world followed. “Through GST we have a good idea how much monies are coming to the government,” she said.

Jainab said Malaysia’s drop by a massive 45 places in the world happiness index was a sad pointer of Malaysians’ current situation.

“We see many politicians who are more interested in power than helping the people. Many people’s dreams have been dashed by these self-serving and ambitious politicians.

“It is a sad occasion but we must keep on pointing out these problems in the hope that none of these things get swept under the carpet,” she said.