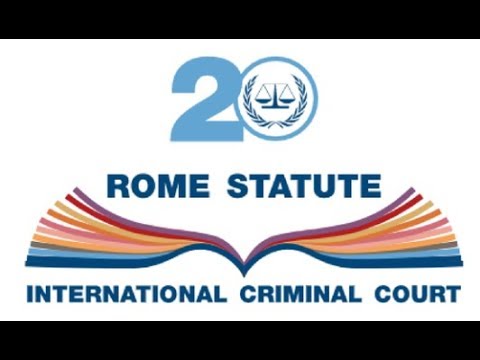 PETALING JAYA - The government may have decided to withdraw from the Rome Statute governing the International Criminal Court (ICC), but pro-groups are having none of it.

The National Patriots Association (Patriot) entered the fray yesterday, urging the Pakatan Harapan government not to backtrack on its decision.

Patriots president Brig-Jen (Rtd) Datuk Mohamed Arshad Raji suggested that the issue be openly discussed and debated including at institutions of higher learning, and called for wide media coverage on the process.“Ultimately, with the people’s full understanding on the issues, the matter can be brought to Parliament through the elected representatives; through a proper democratic process.

“Patriot shares the disappointment expressed by G25 that the government has yielded to pressure from dissenting groups and decided to withdraw from the Rome Statue after acceding to it.

“This makes it a double flip-flop after what happened to Icerd (Inter­na­tional Convention on the Elimina­tion of All Forms of Racial Discri­mination),” he said in a statement yesterday.

The G25, which is a grouping of eminent Malays, had called for the issue to be discussed and debated by all levels of society before being brought up in Parliament for a “final vote”.

It said there must be better understanding of the Rome Statute among Malaysians.

Mohamed Arshad said although he was disappointed with the government’s decision, he said he noted the reason given by the Prime Minister that certain parties had an ulterior motive of using the issue to bring down his democratically-elected government.

Civil society organisations made up of 22 groups also criticised the government’s decision, saying it had “given in to voices of vested interests”.

“It is unbelievable and morally despicable that any individual or groups would oppose and put a stop to this noble endeavour.

“The withdrawal of Malaysia, a country that has strongly stood in solidarity with the sufferings of minorities in countries like Myanmar, Bosnia and Palestine from the ICC rings hollow to Malaysia’s condemnation towards the atrocities against the Rohingyas as we do not have a moral positioning and international instruments to even suggest that a crime against humanity has occurred,” it said.

The NGOs said Islam or the position of Malays was not threatened with the ratification of the treaty.

Malaysia has until June to withdraw its decision.

On March 4, Malaysia signed an instrument to accede to the Rome Statute of the ICC but on Friday, Dr Mahathir announced that the government had decided to withdraw from the treaty due to “confusion created by those with political interests”.

The ICC is the first permanent, treaty-based international criminal court. Its objective is to end impunity against perpetrators of the most serious crimes – genocide, war crimes, crimes against humanity and crimes of aggression.
Posted by wikisabah at 2:43:00 PM