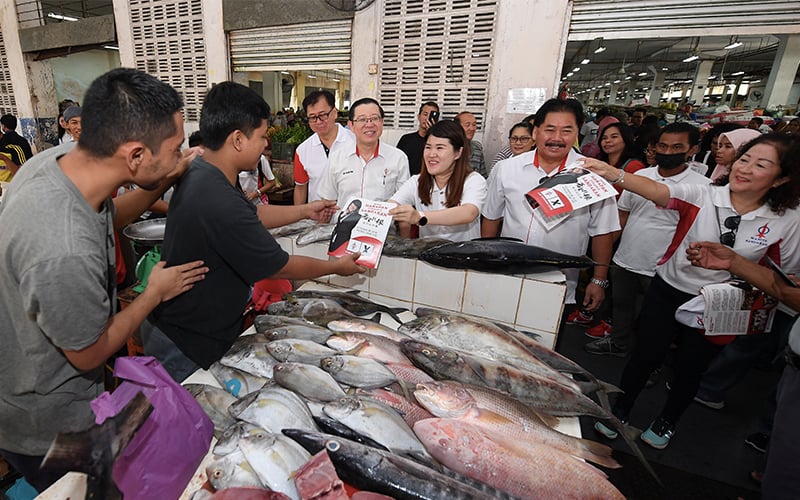 KUCHING - A political analyst has slammed Putrajaya’s approval of 49 development projects worth RM2.28 billion in Sandakan, describing it as a “bait” for the by-election on May 11.

Universiti Malaya’s Awang Azman Awang Pawi said the move was “unethical” and could be considered as “money politics”.

He said Putrajaya should not be announcing development projects prior to elections as it only reflected its insincerity.

“It shows that they would do anything to win although there are still quite a number of manifesto promises which they have yet to fulfil,” he told FMT.

These included a RM40 million flood mitigation project along Sungai Anip and the expansion of the Sandakan airport, including extension of the runway, costing RM80 million.

He said the government was paying special attention to development in Sandakan as it was the second largest town in Sabah.

Days later, Lim announced an allocation of an additional RM42 million to help rubber smallholders in Sabah in view of the monsoon season.

These announcements have angered certain leaders in Sarawak, who accused Putrajaya of neglecting the state despite its huge contribution in terms of oil resources.

Awang said Lim’s announcements were odd in view of his previous statements that the federal government could not afford to pay 40% in tax revenue to Sabah and Sarawak based on the Malaysia Agreement 1963 (MA63) because of “financial constraints”.

He said Sabah and Sarawak were being treated unfairly because of their differences with Putrajaya.

“The same thing happened when Barisan Nasional was in power whereby states that were governed by the opposition did not get much assistance compared to the rest,” he said.
Posted by wikisabah at 4:51:00 PM