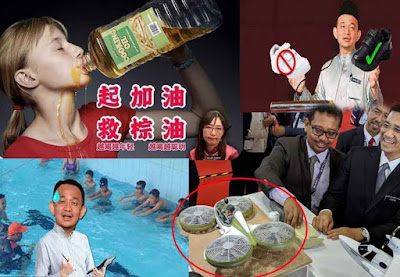 KOTA KINABALU - Former Sabah chief minister Yong Teck Lee has called on voters in Sandakan to reduce the 10,000-vote majority obtained by DAP in last year’s general election, saying it will remind Pakatan Harapan of its promises to the people.

The Sabah Progressive Party (SAPP) president said a reduced majority would be a wake-up call to the government to do better.

“The PH government will stay in power even if loses a few votes in Sandakan but they will be reminded of their election promises.

“If PH retains its 10,000-vote majority, the ministers’ heads will become bigger, new taxes will be imposed, fuel prices will go up and we all will have to suffer.

“A good showing by the opposition will also stop ministers from threatening the people that projects like the Sandakan hospital car park will be cancelled unless the people support PH,” Yong said here today.

His majority of 10,098 votes was about 10 times more than the one DAP received when the party wrested the seat from BN in 2013.

Wong’s daughter Vivian is defending the seat this time around. She is faced by PBS’ Linda Tsen and three independents, Hamzah Abdullah, Chia Siew Yung and Sulaiman Abdul Samat.

Yong said ministers will wake up to the reality that they must fulfill their election pledges if support for PH were to drop significantly on Saturday.

“Fuel prices will come down. Sales and service tax (SST) will be reduced and no new taxes will be imposed. All government projects will be implemented,” he said.

He said people could not understand policies like black shoes for students, swimming pools in schools, introducing flying cars and replacing oil palm with bamboo trees.

“These issues are making them lose confidence in the government,” he said.

On oil royalty, Yong said Sabah had yet to see the 20% royalty payment from Putrajaya.

“The RM65 million upgrading of the Sandakan airport has been awarded to a non-Sabah company.

“The MASwings route from Kota Kinabalu to Sandakan was cancelled earlier this year. The Sandakan economy has gone down.

“The promise to re-open barter trade at Sandakan port is mired in red tape because ministers don’t know heads or tails about international trade and shipping,” he said.