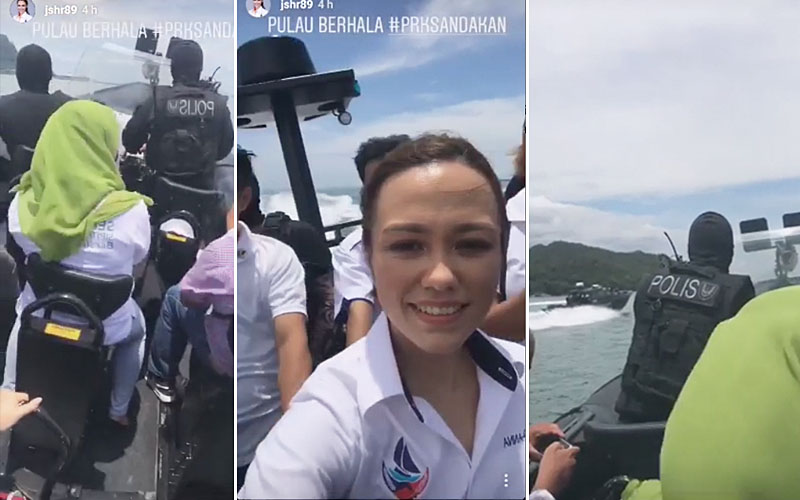 KOTA KINABALU - Electoral watchdog Bersih 2.0 today warned against the use of government resources and machinery to carry out campaigns ahead of the by-election in Sandakan tomorrow.

In a statement by the Bersih 2.0 steering committee, it said such actions were an improper influence and a misuse of government assets for political purposes.

It referred to a video shared on Instagram yesterday by Jo-Anna Rampas, the political secretary to the Sabah chief minister, which showed a campaign group from Warisan heading for Pulau Berhala on police boats operated by personnel from the force.

Noting that the video has since been removed from her account, it said this was a misuse of government machinery to campaign, and had no place in either the new Malaysia or the new Sabah.

“What would happen if the boats were needed for rescue or security purposes to safeguard the people in Sandakan waters?

“Many unexpected events could happen if police boats are used without clear justification, such as for election campaigns,” Bersih said.

It also criticised Sabah Chief Minister Shafie Apdal for saying he would instruct Local Government and Housing Minister Jaujan Sambakong to examine the status of village land in Kampung Forest and issue grants if it is feasible so that the village will be provided with good infrastructure.

It said this might have undue influence on voters in Sandakan.

“Although we understand Shafie’s role which requires him to go to the ground and solve the people’s problems on issues such as land, many questions can be raised such as the timing of the instruction.

“Bersih would once again like to remind all parties to campaign with clean and fair campaign ethics, and not to abuse government resources for political purposes,” it said.

It also urged parties to adhere to Articles 3(3) and 4(1) of the Inter-Parliamentary Union declaration on the use of government machinery for election activities.

The declaration says: “States should take necessary legislative steps and other measures, in accordance with their constitutional processes, to guarantee the rights and institutions framework for periodic and genuine, free and fair elections, in accordance with their obligations under international law. In particular, states should ensure the separation of party and state.”