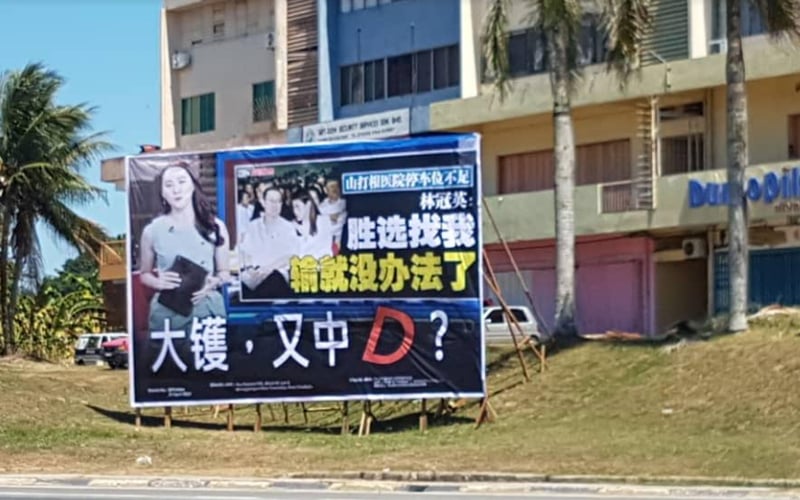 PETALING JAYA - Bersih 2.0 has taken Lim Guan Eng to task for suggesting that he would approve a parking project in Sandakan if DAP’s Vivian Wong wins the upcoming by-election there.

The election reforms coalition said remarks by the finance minister were no different from a speech by former prime minister Najib Razak which was condemned by the opposition at the time.

“If the media reports are accurate, then it is reminiscent of former PM Najib Razak’s infamous speech in 2010 in the Sibu and Hulu Selangor by-elections, where he said, ‘You help me, I help you’, urging the crowd to vote for the BN candidate if they want him to give allocations for a new bridge in Sibu and a new school on Hulu Selangor.

“He was widely condemned by the then-opposition for bribing the voters,” Bersih said in a statement.

Lim reportedly said if Wong wins the by-election, she could remind him to include a parking project in the next budget, referring to traffic problems at the Duchess of Kent Hospital.

Bersih said the statement would have been harmless if Lim were not the finance minister.

“But Lim is the finance minister and it is within his power to grant that extra allocation if there is a genuine need, and indeed it is his duty to do so regardless of which party the candidate or MP is from,” it said, adding that Lim must explain the remarks.

“We would urge him to give his assurance that he will help resolve the car park issue even if Wong doesn’t get elected because he is the finance minister for all Malaysians regardless of political affiliation.”

Bersih also questioned the Election Commission for removing a billboard put up by PBS panning Lim’s remark on the car park project.

It said the billboard’s contents did not violate the Election Offences Act 1954.

“While the billboard may be offensive to some, we cannot see any election offence committed that would require the EC enforcement team’s immediate action.” - FMT (Guan Eng may have done a Najib in Sandakan speech, says Bersih)
Posted by wikisabah at 2:24:00 PM