SAPP: Act on the 2.28billion projects and revive the Gas Pipeline project 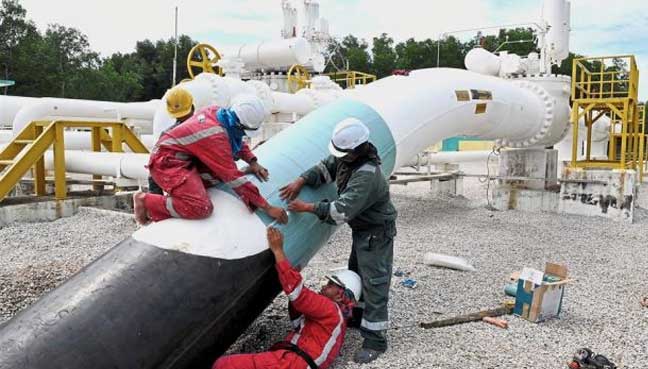 Its party Secretary-General Datuk Richard Yong We Kong said the Federal Minister of Finance had announced approval of RM2.28 worth of projects for Sandakan during the recent Sandakan Parliamentary seat by-election but merely two weeks after DAP’s candidate won the seat, the same Minister of Finance who is also DAP’s Secretary-general announced the cancellation of the RM4.04 billion gas pipeline to Sandakan.


“The first task of the Sandakan Economic Council is to tell the Federal Finance Minister to urgently implement the RM2.28 billion development projects for Sandakan,” Richard said.

“The Sandakan Economic Re-development Council should also tell their party leader, who is also the Federal Minister of Finance, to reinstate the Trans Sabah Gas Pipeline (TSGP) so that natural gas can be used in Sandakan for energy generation. Without sufficient and affordable electricity supply, Sandakan economy is starved of crucial resources to generate economic activities,” he said.

“The council is headed by Datuk Frankie Poon instead of the new MP for Sandakan Vivian Wong.
What has happened to Lim Kit Siang’s announcement during the by-election that a Special Council is to be chaired by Vivian Wong to revive Sandakan’s economy? Lim Kit Siang had promised that he will personally assist the committee. Where is Lim Kit Siang now? Has Lim abandoned Sandakan?” asked Datuk Richard.

“Another issue of urgent concern is the new levies imposed on dependants of foreign workers in the oil palm sector. According to media reports, the Malaysian Estate Owners’ Association (MEOA) has appealed to the government to review the imposition of new levies.

“As Sandakan is heavily dependent on the oil palm industry and foreign workers, the new levies on the spouses and children of foreign workers will strangle the Sandakan economy,” said Richard.