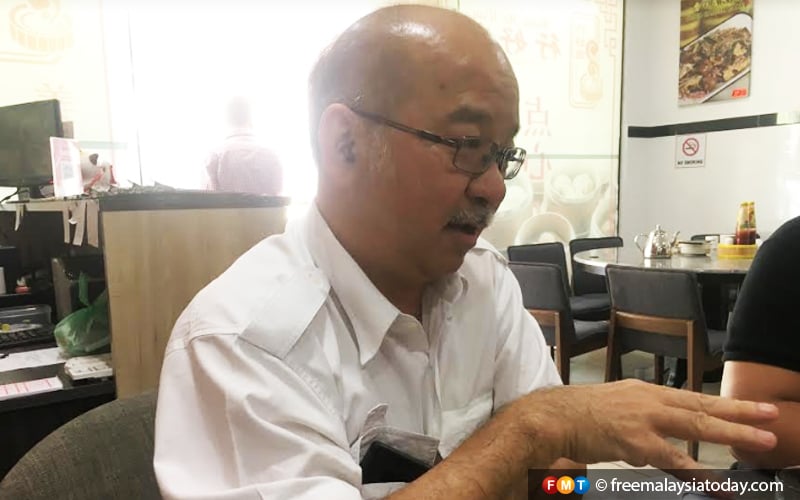 Yong, who is president of Sabah Progressive Party (SAPP), told reporters that the illegal land encroachment was taking place in full view of the Sabah administrative centre.

This showed that the culprits think they can get away with it, he added.

“The perception is that there is now political backing or official sympathy for this sort of land encroachment by squatters.

Commenting further on the Likas Bay land encroachment, Yong said the fact that an excavator was used to clear the site meant that the culprits are not poor village folks but are well organised.

He said Sepanggar MP Azis Jamman had penned his signature on the official land application for government officers to consider.

Aziz was either ignorant about the situation at the area or had acted carelessly in the matter, Yong said.

On Thursday, the Sabah Land and Survey Department had taken swift action against a group said to be clearing the land illegally in Likas. Heavy machinery there were also removed.

Karanaan assemblyman and former minister Masidi Manjun said in a tweet that the land belongs to MLGH, a company owned by the housing and local government ministry.

According to a video that has gone viral on WhatsApp, a man had gone to the site and claimed to have permission from the head of state to occupy the land but could not produce any approval letter to develop the place.

Yong said the encroached area is specified for flood mitigation. Although the land has been eyed by a government agency, no land reclamation or housing is permitted there, he said.

This is because any attempt to reclaim the Likas lagoons would mean that the entire Kampung Likas, Likas Jaya and Likas Bay area could be affected by floods.

“It is for this reason that some of the lagoons were gazetted as heritage conservation sites in 1997, putting it on a par with the Likas Bird Park,” he said.

The area from the Likas Lagoons to the Likas Bird Park has been renamed KK Wetlands. This wetlands, together with the area extending to the Likas Sports Complex and Botanical Garden at Mile 2 on Tuaran Road, had been planned as the Likas Green Zone.

According to the plan by the previous government, cycling lanes and jogging tracks would be built throughout the Likas Green Zone.

“I call on the government of the day to promptly implement the Likas Green Zone area and put all the lagoons at Likas Bay under close supervision,” Yong said.

In a statement yesterday, Azis clarified that his signature was only meant to ask officers at the Land and Survey Department to consider the land application if it fulfilled the conditions and procedures.

He said it was not meant to put pressure on the department to approve it.

He said as an MP, it was normal for the people to ask for his signature for the purpose of donations, welfare or even to ask for assistance to send their children to institutions of higher learning.

However, he said even though he supported any application, including land applications, it did not mean that the application will be automatically approved and anybody is free to apply for land.

“If anybody encroaches on any land, either titled land or state land, they will be committing an offence if their application has not been approved,” he said.
Posted by wikisabah at 12:37:00 PM