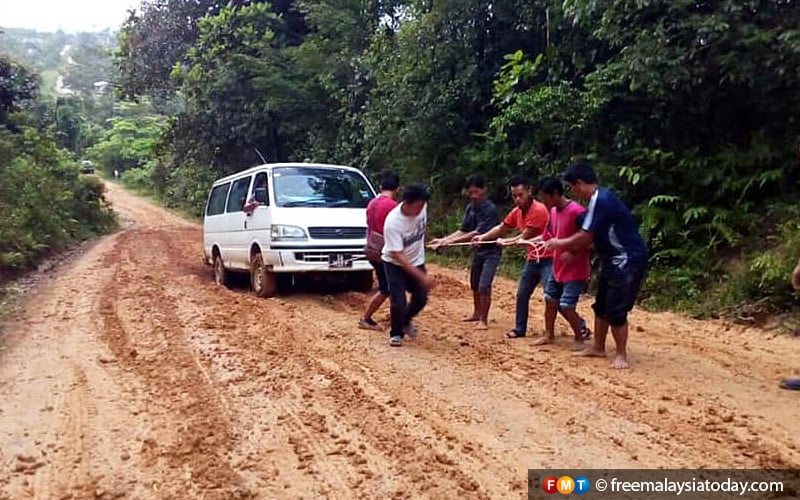 KOTA KINABALU - After Finance Minister Lim Guan Eng declared that Putrajaya was willing to consider any application by the Penang government for funding for the Penang Transport Master Plan, a Parti Bersatu Sabah (PBS) leader has suggested that Lim consider a RM5 billion grant to the state to improve its rural road network.

PBS supreme council member Arthur Sen said there was an urgent need to address the problem of road connectivity in the rural areas as many parts could still not be reached by car.

He said this meant that Fire and Rescue Department vehicles and ambulances could not get there in time in case of an emergency.

Sen said he was raising the issue after Penang Chief Minister Chow Kon Yeow said he would be applying for RM20 billion funding from Putrajaya for two components of the PTMP.

He said he noted “with concern” that Lim, who was Penang chief minister and the person behind the PTMP, had declared last month the federal government was willing to consider any application by Penang for funding to proceed with the master plan.

“This is the same finance minister who kept harping on how the government has no money to spare. Yet, he has no problem offering billions to fund a project which he himself started.

“If such is the case, I would suggest that Sabah needs more money than Penang for its own ‘transport plan’.

“I think a grant of RM5 billion, for a start, could help solve some of the problems arising from poor road conditions in the rural areas. It should be a yearly grant, separate from the annual development allocation in the national budget,” he said.

Sen said a number of remote villages were only accessible by helicopter, and in many cases, villagers had to walk for hours to reach their homes.

He said the previous government had approved several projects to connect the villages to the main roads but, since then, many of the roads had fallen into a state of disrepair and were in urgent need of upgrading.

“The funding must strictly be for rural roads, otherwise the state government might use it for the train project to connect Kudat and Kota Kinabalu,” he said.

He said the money would be better used for rural roads which would benefit the people compared to a train service to connect both towns that already had a proper road link.

“Rural road projects would go a long way to reduce income inequality between those in villages and the urban areas. Accessibility will open up more markets for agricultural produce,” he said.
Posted by wikisabah at 1:00:00 PM