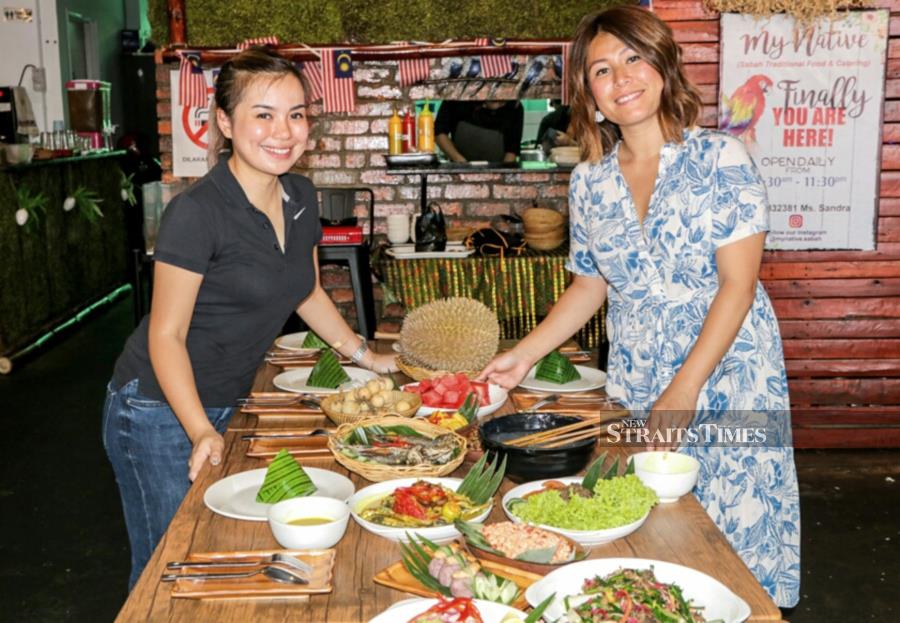 KOTA KINABALU: The Masterchef UK 2014 champion has described Sabahan cuisine as unique during her recent one week vacation in the state.

Ipoh-born Ping Coombes, 38, was with her children aged 2 and 6, as she visited several places in the west coast of Sabah.

The trip also included Tamparuli where Coombes tasted the local durian species known as dalit and experienced the suspension bridge.

Hosted by Sabah Tourism Board and hotels in the state, the family was also brought to Tamu Donggongon, or weekly market in Penampang, where the Chef found ingredients unique to Sabah.

She also tried out one of Sabah’s delicacies known as Sago worm or "butod" at the market.

In her Instagram posts, Coombes said: “Most of the ingredients (Tamu Donggongon) here are wild, foraged from the forest or farmed by the sellers. Some sellers came from miles away each week to sell their produce.''

During their stay, the family also toured Manukan and the Kinabalu National Park besides having several culinary experiences with local chefs.

“I have been travelling with my kids, and both of them have such big age gap and have different needs.

“There are boundless things to do here, which are suitable for young children. Sabah is definitely a family destination,” she said in a statement issued by Sabah Tourism Board.

Being in Sabah for the first time, Coombes said there were things in Sabah that people would not find in Peninsular Malaysia.

“The people here are really friendly, the food that I have tasted is incredible and so unlike the rest of Malaysia,” she said, adding that she would also write some recipes that she had learned from Sabah and share with her followers.