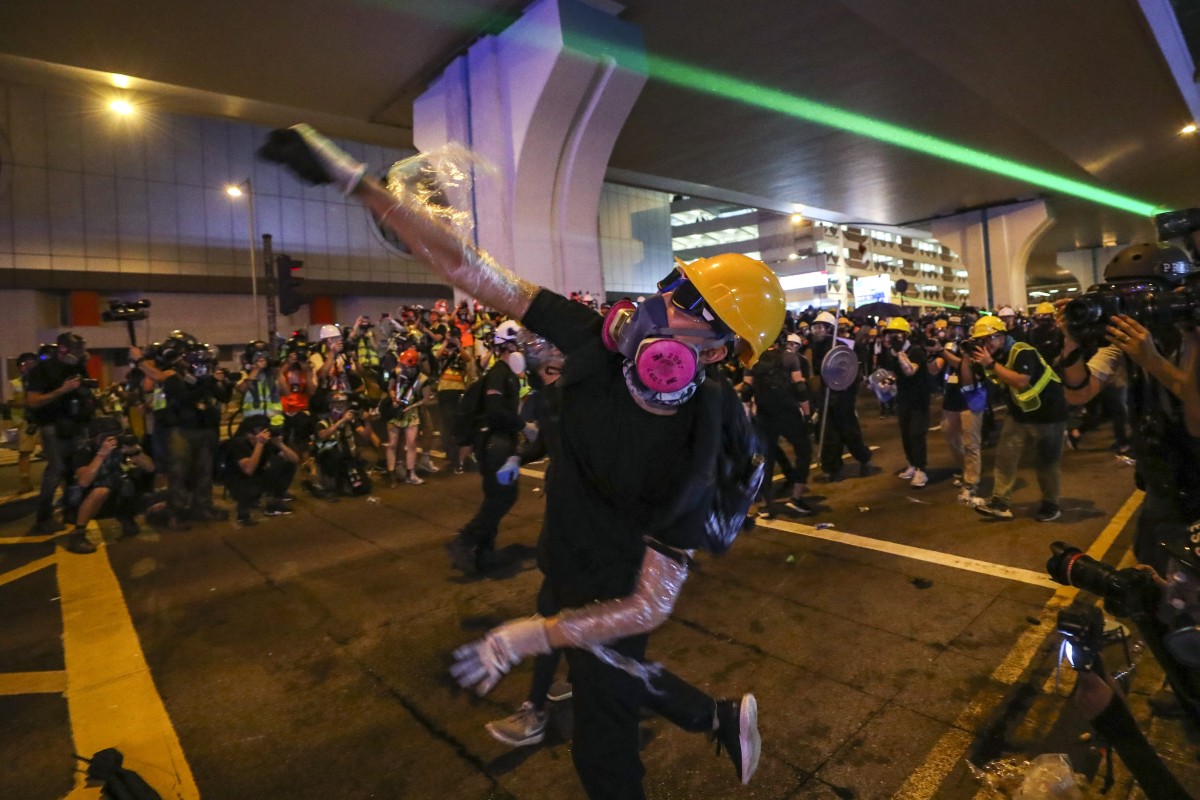 As a consequence, business and social links between Hong Kong and Sabah, and other parts of the world, will continue to deteriorate. More and more visitors to China, the world’s biggest economy, will skip Hong Kong. Instead, travelers will go directly to mainland China. Increasing number of visitors to Hong Kong will chose to stay overnight at Macau or at a Guangdong city, instead of at Hong Kong.

As an example, a Malaysian visiting Hong Kong last week WhatsApp me images of street mobs. His family was affected by tear gases near their hotel. They will not go to Hong Kong again for a long, long time. At the same time, I came across two Hong Kong families at Kota Kinabalu. They had run away from the “troubles at home”. These are two examples of the trend that is being set. Tourism to Hong Kong will fall drastically.

This is because of the breakdown in law and order in Hong Kong. Passersby being attacked by street mobs is a new normal at today’s Hong Kong. The daily images coming out of Hong Kong is that Hong Kong is not a safe place to visit. Hong Kong’s otherwise efficient public transport system has been brought to its knees by so-called pro-democracy rioters. These rioters, some of whom carry British and US flags, have even managed to close down Hong Kong’s airport. In recent times, only one other international airport in the world has been closed down by violence. And that is Libya’s capital Tripoli airport that was hit by artillery fire in the Libyan civil war, a war fueled by western interests. It is a tragedy that Hong Kong’s airport now suffers the same fate as a Libyan airport.

A country without the law and order will descend into chaos. Without law and order and the rule of law, the economy will be quickly ruined. Nobody will dare to do business. Domestic and foreign investments will dry up. In international trade and finance, rule of law is a non-negotiable prerequisite.

Where is justice for persons injured by the protesters? Who will compensate the owners of properties damaged by hooligans? How will the businesses recover their losses? What will happen to the thousands of workers who have lost their jobs?

The inevitable consequence is that Hong Kong people will suffer. The breakdown of the rule of law in Hong Kong is exemplified by rioters rioting to demand that other rioters be discharged by the police. Where in the world do police not retaliate against rioters who openly throw fire bombs at their police stations? In comparison to the US and other countries, Hong Kong police’s response to the violence has been very restrained.

Instead, violent attacks on housing quarters of police families, abuse of children of policemen and the stabbing of an off-duty policeman reveal that “freedom and democracy” are not what the protestors want. The sad irony is that the Hong Kong police force is reputed to be one of the most incorruptible and professional in the world.

Hong Kong is heavily dependent on tourism, on trade and finance. Other than that, Hong Kong does not have much to offer. Whatever that Hong Kong has to offer the world have been taken over by other mainland cities such as Shanghai (banking and finance), Shenzhen (high tech) and Guangzhou (trade). At the same time, Dubai, Singapore, Tokyo and Mumbai are fierce competitors to Hong Kong as a financial hub. As for property investments, Thailand, Australia, Canada, Malaysia and Vietnam are already the magnets for property investors from Hong Kong. In time to come, Hong Kong will become irrelevant to the rest of the world.

There is nothing that the US and Britain can do or will do to help Hong Kong. US companies, which have been told by their government to leave China, are not moving to Hong Kong. Britain, on the other hand, have mishandled their Brexit that will be catastrophic for their economy. While the US and Britain are pre-occupied by their domestic crises, the rest of the world are struggling to navigate the US-China trade war and climate change. Emerging crises at Kashmir, Iran and the Amazon fire are much bigger crises than street riots at Hong Kong. In other words, as it is, the world has no time for Hong Kong.

Hong Kong will only get global attention if China deploys its PLA (Peoples Liberation Army) in Hong Kong. The Western media, of which I am an avid reader, are awash with predictions, even hope, that Beijing will send in its army to quell the “rebellion” in Hong Kong. It seems that western countries wish for China to intervene militarily in Hong Kong’s chaos.

According to an influential South China Morning Post columnist, the Hong Kong protestors are frustrated that the China military has not intervened in Hong Kong. He said: “Some of the frustration of the protesters comes from Beijing not having sent in mainland troops. For all their efforts and perceived self-sacrifice, many of them would rather face Chinese troops than Hong Kong police because the latter, though considered evil or illegitimate by some in the city, are at least seen as doing their job by most foreign observers. But the presence of Chinese troops in the city, no matter what they do, would immediately cause global condemnation while legitimising and glorifying the local resistance movement universally. Well, if you wonder why the central government hasn’t sent troops, it’s because they think along the same line as the protesters.”

The rioters’ hopes that China, if provoked further, will intervene militarily might mean that the rioters and their western backers will, in desperation, escalate the violence. In fact, a US-based website run by a China fugitive had, on August 1, broadcasted “Breaking News” that China will declare martial law in Hong Kong on August 4. That website even had a Bank of America account to receive donations.