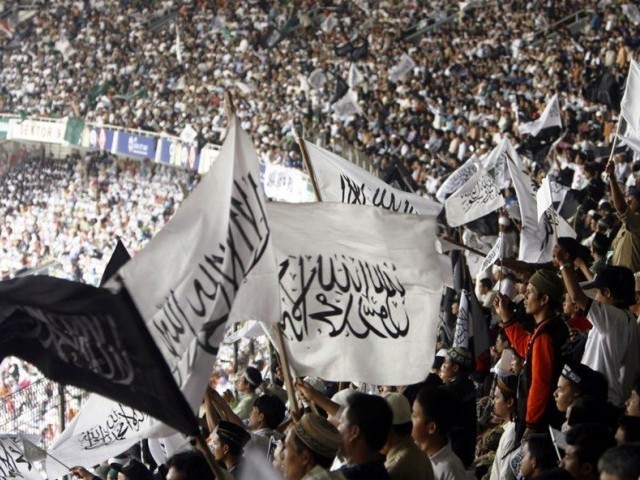 Directorate General for the Administration of General Law at the Ministry of Law and Human Rights Freddy Harris said at a press conference on Wednesday the government is revoking the status of the organisation’s legal entity to “maintain the existence of Pancasila” as the country’s founding ideology and to maintain "the unity of the Unitary State of the Republic of Indonesia (NKRI)".

The move comes after President Joko Widodo signed a government regulation in lieu of law (Perrpu) last week to ban groups which do not support Indonesia’s constitution and ideologies.

Freddy said revoking HTI’s legal status was not a one-sided decision, but was the result of a synergy of government agencies "which are in the political, legal and security sphere", he said.

The Ministry of Law and Human Rights has the administrative legal authority to approve groups and mass organisations, and those that do not comply with administrative regulations will not be given an approval for the status of their legal entity, according to Freddy.

He told journalists that while HTI said it respected Pancasila in its mission, on the ground many of their activities were in conflict with it and the "soul of NKRI".

Freddy said that anyone who objected to this decision were welcome to go the legal route.

According to local media reports, the HTI in response to the government regulation in lieu of law signed by Widodo has registered a judicial review at the Supreme Court. They consider the government's move a threat to the freedom of association and opinion and believe it will bring Indonesia back into an era of dictatorship.

Hizb ut-Tahrir is banned in many countries, including Germany, China, and Egypt, but had operated for nearly 20 years in Indonesia.