Talks on devolution of powers not hit by London trip, says Nancy 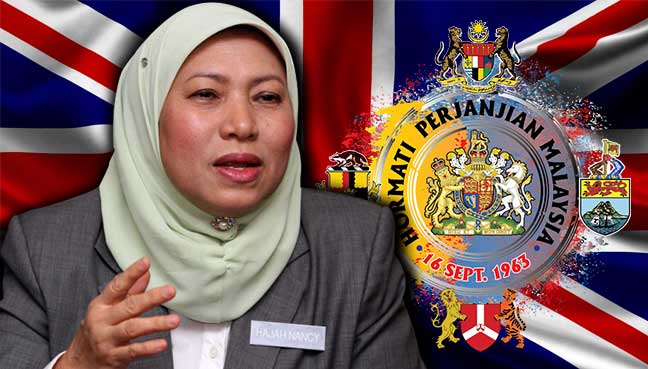 She says whatever new findings would be brought to Steering Committee on the Devolution of Powers, which she chairs

KUCHING - The Sarawak government’s decision to send a team of lawyers to London to search for references to the Malaysia Agreement 1963 (MA1963) will not affect talks on the devolution of powers with the federal government (Putrajaya).

Minister in the Prime Minister’s Department Nancy Shukri said should the team make new findings, they could bring them to the State Technical Committee on the Devolution of Powers.

Nancy said the state technical committee would bring them to the Steering Committee on the Devolution of Powers, which she chairs jointly with Foreign Minister Anifah Aman.

“Talks with Putrajaya have nothing to do with what happened in Sarawak (decision to send lawyers to London).

“The state government has the right to dig into the history of Sarawak.

“It is not interfering with what we are doing over there.

“We have to look from two different perspectives — what happens in Putrajaya and here,” she told reporters at her Aidilfitri open house here today.

About 10,000 people of different races attended the Aidilfitri open house.

Nancy said talks on the devolution of powers were a continuing process between the federal government (Putrajaya) and the Sarawak government.

“If there is more, let us talk. Prime Minister (Najib Razak) is a reasonable person who has sat down together to understand the needs of Sarawak,” she added.

Meanwhile, Assistant Law, Federal-State Relations and Project Monitoring Minister Sharifah Hasidah Sayeed Aman Ghazali, who will lead the team of lawyers to London, said they are on a fact-finding mission.

“We want to look for facts and do research,” she told reporters when met at the open house. - Bernama
Posted by wikisabah at 11:47:00 AM