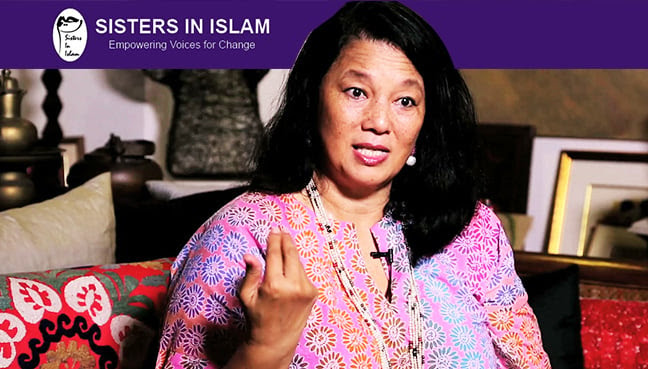 KUALA LUMPUR - Conservative and authoritarian forces have been given space to define, dominate and decide what Islam is and is not, an activist lamented yesterday.

Sisters in Islam (SIS) co-founder Zainah Anwar said it was clear that the issue was not so much about Islam and “living the divine will on earth” as about power, privilege and politics.


She was speaking on ‘In Search Of Common Ground: Reconciling Islam And Human Rights’ at the 4th Raja Aziz Addruse Memorial Lecture here yesterday.

Zainah said she and like-minded Muslims searching for answers found verses in the Quran that were unequivocally egalitarian in spirit and substance, upholding that “in Allah’s creation of human beings, no priority or superiority is accorded to either man or woman”.

According to The Star report Zainah said that one of the challenges facing Muslims today was the search for ways to live their faith in a world where democracy, human rights and women’s rights constituted the dominant ethical paradigm.

She said scholars and activists living in Muslim contexts had pointed out that the real battleground was “not between Islam and secularism or human rights or women’s rights, but between despotism and patriarchy on the one hand, and democracy and gender equality on the other”.

According to the report, Zainah said SIS studied the Quran because of its concern over the injustice women suffered under the Shariah system.

“The question was obvious to us: Who decides which verse, which interpretation, which juristic opinion, which hadith, traditional practice of the Prophet, would prevail and be the source of codified law in this modern world, to govern our private and public lives and punish us if we fail to abide, and which verse would fall by the wayside?

“It was clear to us that the outcome of this process was more about power, privilege and politics rather than living the divine will on earth,” she was quoted as saying.

The problem, she added, was compounded by the fact that most Muslims believed that only the ulama had the right to talk about Islam.

Saying change in Muslim society must come from within and not from foreign intervention or the barrel of a gun, she added: “Look, it is a no brainer – it is SIS or ISIS,” alluding to the barbaric actions of the Islamic State and its vision of Islam. - FMT
Posted by wikisabah at 4:47:00 PM