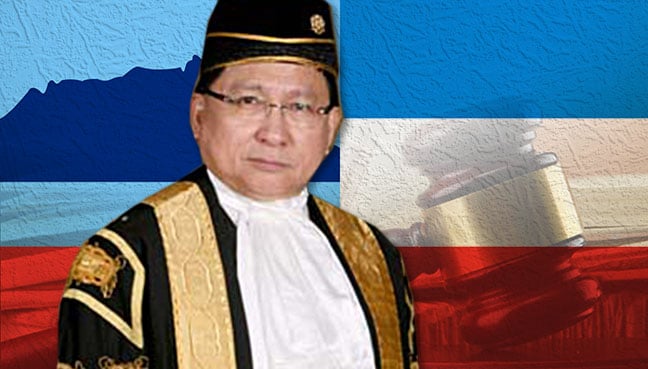 KOTA KINABALU - Chief Justice of Sabah and Sarawak Tan Sri Richard Malanjum slammed the tendency for some people in high places for reducing documents that spell out the rights of Sabah as nothing more than a historical paper to be kept in the archives.

He said obviously these people did not understand the importance of the documents to the current and future generation of Sabahans.

"Some high up people think that the Malaysia Agreement 1963 and whatever documents before the formation of Malaysia have only historical value that should be kept in the archives and only read as a historical paper.

"How can that be right? Those are the very ingredients we use to construe what it is in the Federal Constitution as our rights and interest," he said, at the recent Council of Justices of Peace (MAJAPS) and Sabah Law Association (SLA) seminar themed "Justice and Rights - The Way Forward".

He insisted that the documents are very important to help Sabahans understand the Federal Constitution.

"Likewise, the documents can help enlighten the people who do not understand about Sabah's position in the federation.

"We formed Malaysia. We never joined Malaysia. How can we join something that didn't exist?" he asked.

On this note, he urged the younger generation of Sabahans to understand their own history.

"Keep that always in mind and preserve what's supposed to be ours and what's been agreed upon. All these can be found in the documents like the Malaysia Agreement, the IGC report and so on," he said. He also encouraged more discussions on the subject such as the one organised by MAJAPS.

"If we don't always discuss this, we may forget," he added.

Some have argued that parliament is greater than all the agreements reached at the time of Malaysia's formation.