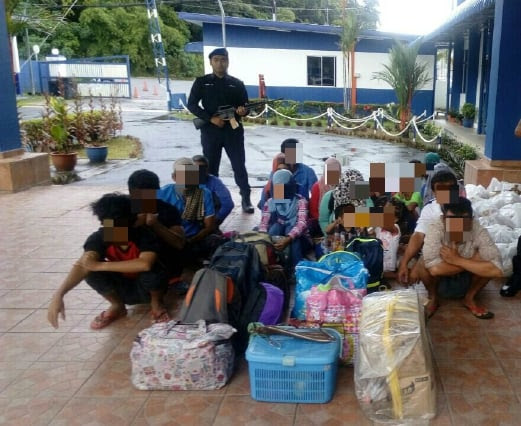 KOTA KINABALU - Security forces are stepping up operations and surveillance in waters off Sabah's east coast to prevent Philippines citizens from entering the state.

The move came about following a viral message which claimed that more than 200 Filipinos are waiting at the border islands of Taganak and Bakungan to sneak into Sandakan.

A copy of the message was forwarded to Sabah Eastern Sabah Security Command (Esscom) commander Datuk Wan Abdul Bari Wan Abdul Khalid, who then confirmed that the information was legit.

"I have checked with my men and it is true there are people waiting at the border but we are not sure of the exact number.

"They are waiting for opportunity (to sneak into Sabah) but our security presence is deterring them," he said, adding police had also arrested 15 people for attempting to enter Sabah via sea illegally.

According to the claim, Filipino citizens are fleeing to Sabah to escape the unrest in the southern Philippines. - NST