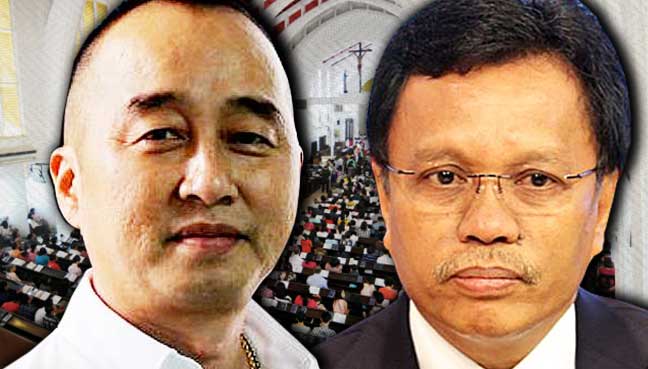 PUTATAN - Former Putatan member of parliament Datuk Dr Marcus Makin Mojigoh has expressed his disappointment with the state government for failing to keep its promise.

According to Mojigoh, even though Upko has decided to team up with Warisan to form the state government, the Upko division in Putatan is treated like an opposition.

He claimed that the chief minister has pledged during the party’s annual general meeting to retain members from Upko who held the posts of village heads and JKKK and others but Upko members in Putatan got zero appointments.

“Instead, his grassroots leaders kept treating our members as outsiders,” lamented Mojigoh.

He warned that if his members continue to be treated as outsiders, or more precisely, like members of the opposition, then they may as well be in the opposition sooner or later.

Mojigoh also expressed his anger on another issue related to the Integrated Agriculture Training Centre (IATC) in Kampung Duvanson.

He said he had met with the chief minister personally to request for part of the area to be excised out for public purpose because there had been instances where the kampung folks had been shooed away with parangs (swords).

He added that the village folks were disallowed from using the inner road to conduct, for example, cross country race and to carry out their walking exercises, and more saddening, the hall at IATC is now off limits to the village folks.

“They cannot rent the place as before,” he said.

He also said that the IATC is merely a training college for potential agro entrepreneurs and that the endeavour would require only between 30 and 50 acres of land.

Nevertheless, when Tan Sri Bernard Giluk Dompok was the Plantation Industries and Commodities Minister, there was a proposal to upgrade it into a university would require 500 acres of land.

Mojigoh said the Federal government had agreed to the proposal but the Sabah government wanted to be compensated.

“Now, I can hardly see any students; I want to ask to them how many successful entrepreneurs have they produced so far?”

Despite that, the IATC continues to maintain their staff, although for what function, Mojigoh said he is unaware of.

He added that he had invited the present Agriculture and Food Industry Minister, Datuk Junz Wong, to visit the facility but the latter has yet to come.

“What I am asking the CM is to excise part of the 20 acres of land for public purpose as that site has a lot of story to tell … moreover, the youth have already created jungle trekking route which are being used,” he said.

He also said that some of the land are located outside the fences of IATC but still under the gazette of the IATC.

“These lands belong to the natives here which I personally cancelled to make way for the purpose of university use. That 20 acres as requested is for public, tourism and recreational purpose. But it is sad, because the chief minister has not given any response to date. To me, as a friend, he should not do that to me. I am truly disappointed with this government.” - BP