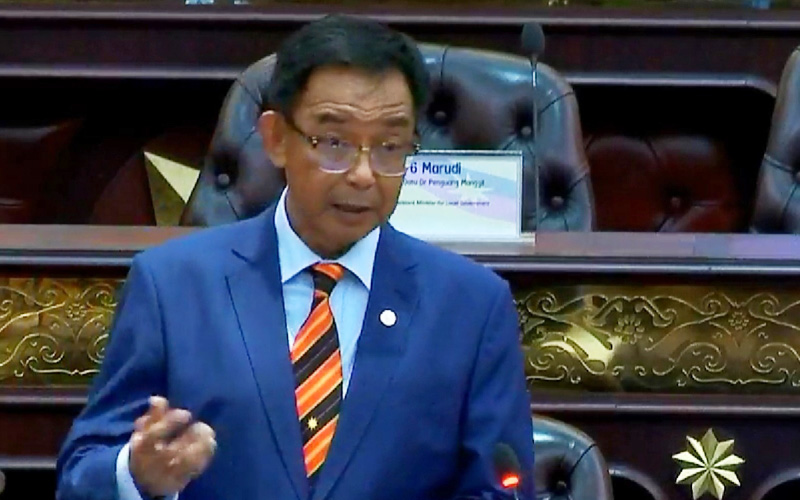 KUCHING - A Sarawak minister today lashed out at the Pakatan Harapan government, saying it was behind a decision by state broadcaster Radio Televisyen Malaysia not to give coverage to state programmes.

“Gobind should go back and learn. We are all Malaysians. We never said we are not Malaysians. This is a federal matter but we have RTM down here,” Karim told the Sarawak legislative assembly today.

He said while it is understandable if RTM does not cover events by the ruling Gabungan Parti Sarawak (GPS), it should give airtime to state programmes.

“RTM should give coverage if the programme has something to do with sports, culture or welfare because this helps to unite the people,” he said.

Karim warned PH that it risked becoming a one-term government for failing Malaysians who voted the coalition into power under the slogan of transparency.

“This is the kind of ministers we have today. Ministers who lie about their academic background and who don’t know how to unite the rakyat.

“But it’s okay because the indicators in the last three by-elections are clear. To those MPs, have your time. Enjoy your stay. You all will be voted out after this. The government will be voted out in the next election,” he said.

Irene Chang (DAP-Bukit Assek) stood up to defend Gobind, saying: “There is no such thing as instructing RTM not to cover GPS’ events.”

She said it was the previous Barisan Nasional government which had denied coverage to the opposition.

“I would like to say that before we were in the government, none of us had appeared on RTM. We were not given a fair chance,” she said, adding that Gobind had asked RTM to be fair in its coverage.

But Karim said the instruction given on paper could be different from what was given verbally.

“That’s why I said he (Gobind) is playing politics,” he added.

“They (PH) don’t walk the talk. This was the reason why people had voted for the PH government because they wanted a government that is more transparent,” he said.

“They keep blaming the 1MDB issue for a lack of funds, but along the way, they have been approving projects in other states.”

Karim earlier questioned the decrease in federal funding for Sarawak and the cancellation of several projects by Putrajaya in the state.

“The projects include Belaga Waterfront, Kampung Panchor hotspring improvement, Baram Waterfront, and upgrading of tourism facilities at Gunung Serumbu, Bau,” he said, adding that most of these projects were in the advanced stage of tender preparation.
Posted by wikisabah at 4:59:00 PM