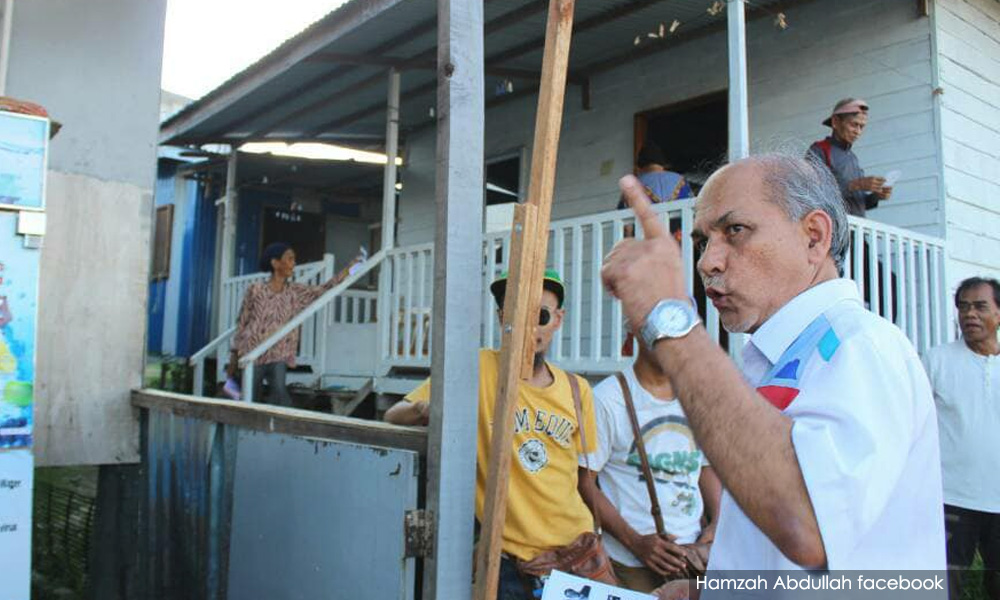 SANDAKAN - Independent Sandakan by-election candidate Hamzah Abdullah claims he has more than half of the support of both the Chinese and Muslim communities, suggesting he's the frontrunner and favourite.

“I know 60% of the Chinese are with me; I believe the Muslims are also over 50%. And I can win this election.

“They are with me. The people know I’ve been fighting for them for their interests, long before the election came up, whereas people (other candidates) are only doing their work now,” he said when met after his ceramah at Taman Harmoni on Wednesday (May 1).

Referring to the DAP candidate Vivian Wong who is contesting the seat her late father Stephen Wong held, he said he had nothing against Vivian, but the norm of selecting those with family ties to contest should be stopped.

“The late YB Stephen was a nice man and hard-working. We share the same fighting spirit.

“But Pakatan is (supposedly) against cronyism, (but) for example a wife dies and her husband contests or vice versa, or in Semenyih's case (the son-in-law) took over. And now here we have the daughter (Vivian).

“I am not saying Vivian is not capable. That is not the question.

"But it appears that the opportunity to represent the people will only be rotated among the family circle.

“They (Pakatan) are repeating the same legacy left by Barisan appointing representative from their own family or with family ties,” he said when asked about his manifesto which, among other things, said leaders should not practise cronyism.

Hamzah also lodged a police report against newsportal Malaysiakini for running an article on him and Amanah president Mohamad Sabu, which he claimed was defamatory.

“They said they picked up the story from New Straits Times, and yet the story was totally distorted.

“It affected my credibility. I talked to the (Malaysiakini) reporter that I was going to file a summon against them. I do not know what they are up to,” he said.
Posted by wikisabah at 2:45:00 PM