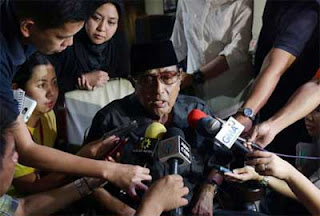 Five Malaysian security officers were killed and four ranking Sabah officials were held captive by the Filipinos in Semporna, where the violence has spread from the coastal town of Lahad Datu, according to the Sulu sultanate. Kuala Lumpur confirmed only two police deaths.

Sultanate spokesman Abraham Idjirani described the escalation of violence as an “unorganized, spontaneous uprising” by Filipinos residing in Sabah.

Idjirani said that as of noon yesterday, armed followers of the sultanate were in control of Semporna.

“The reinforcements were able to wipe them out,” said Habib Mujahab Hashim, chairman of the MNLF’S Islamic Command Council.

Hashim, who said he was authorized by the Sulu sultanate to speak on the situation in Sabah, said the reinforcements used improvised dynamite or timbak isda for the ambush. The dynamite is normally used for blast fishing.

Both the MNLF and the Sulu sultanate said tension was building up even in Kota Kinabalu, Sabah’s capital.

Idjirani said the “uprising” was triggered by the raid at 7:30 p.m. Saturday by Malaysian paramilitary forces on the home of Imam Maas, who was suspected to be harboring Alepiuya Kiram, a brother of Sulu Sultan Jamalul Kiram III.

When the militia, belonging to the Malaysian Police General Operations Force, failed to find Alepiuya, they allegedly fired on the house, killing the imam and his four sons and wounding another village elder called Imam Jul in another house.

Idjirani said enraged residents then took to the streets, attacking the police and military headquarters in Semporna. The villagers captured a ranking police official, two military commanders and a civilian official of Sabah, Idjirani told a press conference at the sultan’s home in Taguig City yesterday.

Kiram reportedly told his brother, who is leading the uprising in Sabah, to “take care of the captives,” who will be presented before an international body “to answer for the killing of innocent people.”

Up to 12 followers of the sultanate who holed up in Lahad Datu were killed by Malaysian security forces last week. The sultan’s army also killed two Malaysian policemen.

During yesterday’s press conference, the sultanate showed photos of the Malaysian officers slain in Semporna.

The sultanate said more reinforcements from Tawi-Tawi, Basilan and Sulu were arriving in Semporna, a district near Lahad Datu where from 100 to 300 followers of Kiram arrived on Feb. 9 to reiterate the sultanate’s claim over Sabah.

On Saturday, Malaysian forces started rounding up Filipinos in Sabah, heightening the tension. Authorities reportedly shut down the cell sites in Lahad Datu, cutting off the sultanate’s contact with Kiram’s brother Agbimuddin, described as the crown prince or raja muda.

“The fighting for now, I will consider it an uprising,” Hashim said, attributing it to the “harsh treatment” of Filipinos by Malaysian authorities.

Malaysia continues to pay the Sulu sultanate 5,300 ringgits – about P70,000 – annually in what Kuala Lumpur describes as “cession fee” but is considered rental by the sultanate.

MNLF members are with the sultan’s group in Lahad Datu, but Hashim said his group was not participating in the attacks.
Posted by wikisabah at 4:28:00 AM