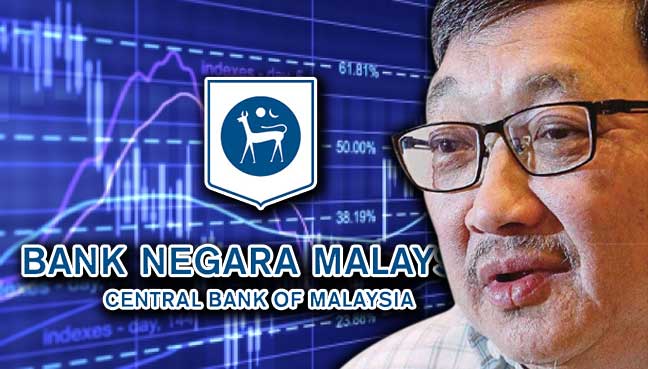 Former Bank Negara assistant governor says Malaysia lost out in opportunity costs, following the US$10 billion forex losses in the 1990s.
KUALA LUMPUR: Malaysia could now have RM100 billion more in foreign reserves had Bank Negara Malaysia (BNM) not lost heavily in the currency market over two decades ago.

This is the view of former BNM assistant governor Abdul Murad Khalid, who based the figure on the opportunity cost of BNM losing US$10 billion (RM42.8 billion) in the 1990s.

The New Straits Times quoted him as saying: “We are losing RM4 billion in income annually because of the scandal.

The total losses then were US$10 billion which is equivalent to about RM40 billion today.

“The money would have increased to US$26.6 billion or more than RM100 billion, if it had been kept in government savings, at a compound interest of 4% annually.”

Murad said the Royal Commission of Inquiry (RCI) must proceed despite allegations of political motivation, alluding to questions raised as to why the government wanted to hold an RCI only now – when former prime minister Dr Mahathir Mohamad, under whose watch the alleged scandal occurred, is fighting to replace Najib Razak as prime minister.

It was Murad who, on Jan 26, revived the forex issue by revealing that BNM had suffered US$10 billion in foreign exchange market losses in the early 1990s, much higher than the figure of RM9 billion disclosed by BNM.

The Prime Minister’s Office announced the RCI on June 21, on the recommendation by a special task force established after Murad’s revelation to look into BNM’s forex losses in the 1980s and 1990s.

The chairman of that task force, Mohd Sidek Hassan, had earlier said its investigation learned that “the figure is greater than what was disclosed” and that an RCI would be able to uncover more.
Posted by wikisabah at 2:19:00 PM