2012 budget a disappointment for Sabah 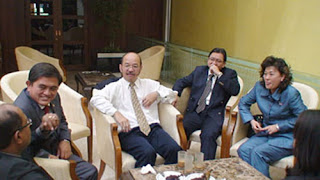 It is clear that the target groups for the RM 232.8 billion election budget for election purposes are teachers, civil servants, Felda settlers, military and police personnel and the Indian community. These are the voter groups that the BN is now trying to improve upon compared to the results of the last general elections in 2008.

However, for Sabah, what it is glaringly missing is the proposed 300 MW natural gas power plant in Lahad Datu to supply the east coast of Sabah when the controversial coal-fired power plant was cancelled earlier this year.

Another disappointment for Sabah is the long overdue upgrading of the Sandakan airport to international standard, as promised by the Sabah Chief Minister last October 2010. In the 10th Malaysia Plan (2011 to 2015), there is no mention of such plan for Sandakan. Now that the 2012 budget has missed out the Sandakan airport, the proposed Sandakan airport upgrading has been confirmed to be another empty promise of the BN government.

The Sabah business community will also be similarly disappointed that the Prime Minister makes no mention of any review of the Cabotage policy that unfairly causes higher prices in Sabah. Hence, the cabotage policy to protect a few shipping companies will continue to plague the manufacturing sector in Sabah. The BN continues to ignore Sabah's key concerns because Sabah is considered as "fixed deposit" for the BN.

The budget surprisingly misses out the urgent need of a comprehensive manpower policy to tackle the over dependence on the 2 million foreign workers in the country and a low wage regime in the country concurrent with the crisis of youth unemployment among local Malaysians. As such, I consider the high expectations of the 2012 budget have turned into disappointments for Sabah.