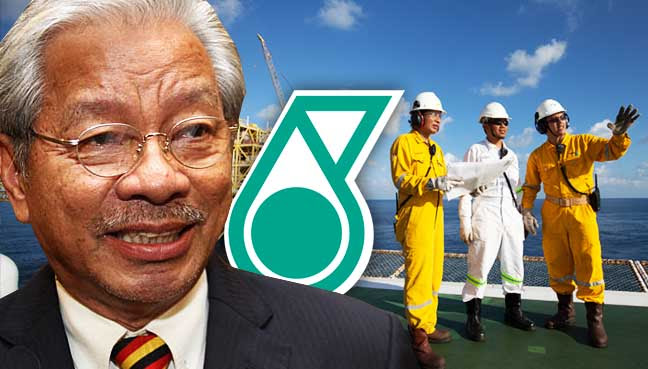 PETALING JAYA - A Sarawak Deputy Chief Minister has hit out at the Malaysian Trades Union Congress (MTUC) Sarawak for assuming the state government would prioritise employment for locals at the expense of quality.

“We aren’t stupid,” Dr James Jemut Masing was quoted by The Borneo Post as saying in response to MTUC Sarawak chairman Mohd Ibrahim Hamid’s statement that competency must not be compromised in giving priority to Sarawakians in recruitment of personnel.

The Sarawak government recently froze work permits for Petronas staff to work in the East Malaysian state to ensure the national oil company would be fair and transparent in engaging Sarawakians with regard to its operations in the state.

The decision to implement a moratorium was prompted by complaints from Sarawak Petronas officers whose services were terminated or who were retrenched in a restructuring exercise.

Sarawak Chief Minister Adenan Satem has since threatened to cancel work permits of non-Sarawakians if Petronas does not cooperate with the state government on its demand that the oil firm increase its number of local workers.

Masing also noted that both the public and private sectors in Sarawak adhered to a standard operating procedure (SOP), which stipulated that non-Sarawakians could only be hired when locals did not apply for the job after a vacancy was advertised.

“I don’t know whether Petronas follows this SOP when employing non-Sarawakians.”

He said this SOP that the Sarawak government follows would weed out non-qualified local Sarawakians from being employed and work permits would be issued to non-Sarawakians in accordance to the state laws.

On a related matter, Mohd Ibrahim had claimed that the state government was quick to protect the 13 Sarawakian senior executives retrenched by Petronas while ignoring the hundreds of thousands of foreign workers in the state.

To this, Masing said Mohd Ibrahim was either confused or in the dark over what the Immigration Department has been doing over the years.

“Sarawak authorities are repatriating hundreds of illegal workers every year, once they are caught. They don’t turn a blind eye to illegal workers as accused,” the Borneo Post reported Masing as saying. - FMT
Posted by wikisabah at 1:24:00 PM