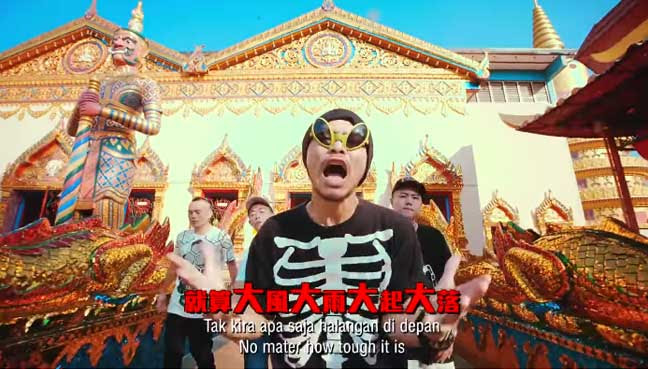 Controversial singer reiterates his innocence over the ‘Oh My God’ video, adding he returned from overseas, risking arrest, as he had done nothing wrong

PETALING JAYA - Controversial entertainer Namewee has reiterated his innocence over the “Oh My God” video issue, saying that he does not need to run away as he had not done anything wrong.

A source told the Chinese daily that Namewee was able to upload the content as his mobile phone was not confiscated while in lock-up.

In the status, he said many people had asked him why he was so stupid as to return home instead of hiding overseas to avoid arrest.

“The answer is simple, in recent years, there have been disputes between religions, especially in Malaysia, that have caused a lot of misunderstanding.

“The content of ‘Oh My God’ was made to promote religious harmony, it is well-intentioned and its objective is clear. I am not guilty, why run? Furthermore, this is my home, and my homeland,” he said, urging critics to leave his family alone.

One of the places featured is the floating mosque in Tanjung Bungah, Penang, which was deemed insulting to Islam. Namewee was arrested at the Kuala Lumpur International Airport (KLIA) on Sunday afternoon, upon arrival from abroad.

He’s being probed under Section 295 of the Penal Code for “injuring or defiling a place of worship with intent to insult religion.”

Namewee had also previously professed his innocence, citing his one time duet with Nasyid singer Yasin Suleiman as proof that he was not anti-Islam.