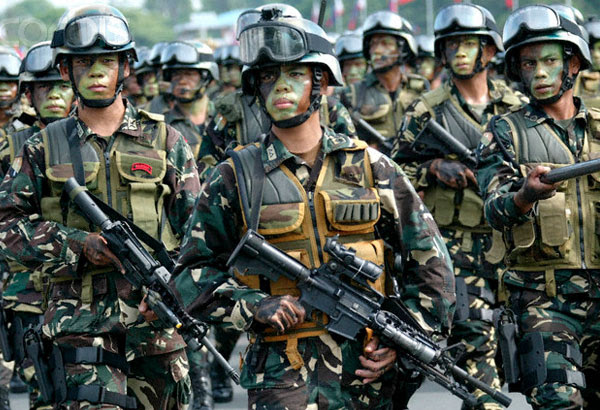 ZAMBOANGA CITY, the Philippines  - More than 20 Abu Sayyaf militants have been killed in the past five days as the military continues to try to purge the southern Philippines of the Daesh-linked group.

On Sunday, Military sources at Western Mindanao Command confirmed that 21 of the militants had been killed since fighting began in Patikul town in the predominantly Muslim province of Sulu since Wednesday, following the group's beheading of an 18-year-old Filipino hostage.

He added that no government troops had been injured during the latest skirmishes, after 17 were wounded in clashes Friday.

Among the fatalities, are reported to be three group sub-leaders, including the high-ranking Mohammad Said, alias Ama Maas, who has five standing murder warrants out for his arrest.

However Abu Sayyaf spokesperson Abu Rami has denied that Said was among the fatalities.

The Abu Sayyaf continues to hold a number of hostages in Sulu, including Indonesian sailors, Norwegian Kjartan Sekkingstad, and Dutchman Ewold Horn who was abducted off Panglima Sugala, Tawi-Tawi in February 2012.

Said had been tagged as involved in the kidnapping of three foreigners from the luxurious Samal Island resort off Davao City in September last year.

Two of the foreigners -- Canadians -- were subsequently beheaded after a ransom failed to be paid while the Norwegian -- Sekkingstad -- remains in captivity.

Maj. Filemon Tan Jr., WesMinCom spokesman, underlined that the offensives continue in an effort to secure their release.

"We expect more troops from the national headquarters will be deployed in Sulu in the next days," said Tan.

He added that rescuing the captives remains a priority amid the intensified military operations.

Since 1991, the Abu Sayyaf -- armed with mostly improvised explosive devices, mortars and automatic rifles -- has carried out bombings, kidnappings, assassinations and extortion in a self-determined fight for an independent province in the Philippines.

It is among two militant groups in the south who have pledged allegiance to Daesh, prompting fears during the stalling of a peace process between the government and the country's biggest Moro group that it could make inroads in a region torn by decades of armed conflict.