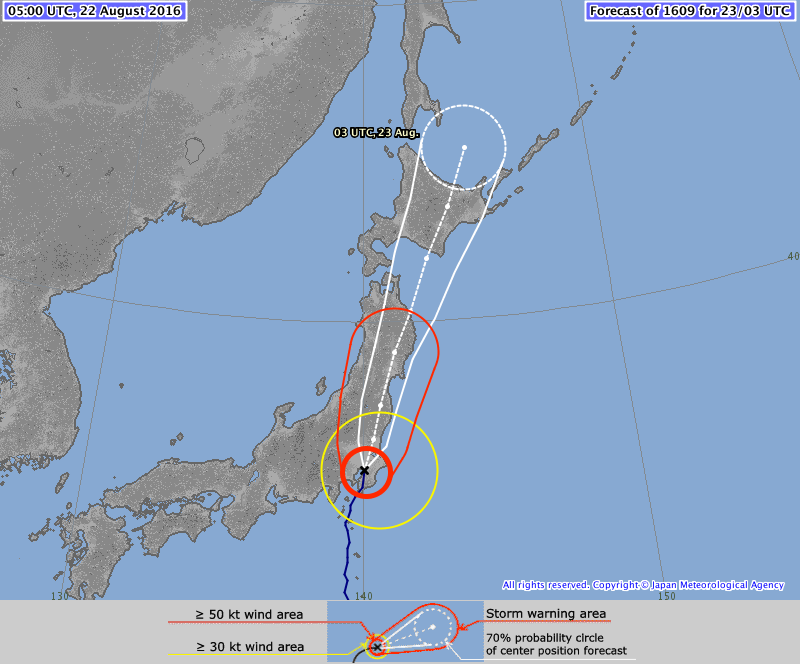 TOKYO - A strong typhoon stuck near Tokyo today, with heavy rain and winds grounding more than 400 flights as officials warned of landslides and flooding.

Typhoon Mindulle made landfall at about 12:30pm in Tateyama city, roughly 80km southeast of Tokyo, the Japan Meteorological Agency said.

As of noon, the storm was packing gusts up to 180 kilometres per hour and heading north at a speed of 20kph, the agency said.

There were no immediate reports of casualties or significant damage.

Downpours across the greater Tokyo region caused rivers to swell, with television footage showing gushing waterways close to overflowing but staying within their banks.

The storm has caused airlines across the country to cancel a total of 425 flights, mostly to and from Tokyo's Haneda airport, national broadcaster NHK said.

Most major commuter train services in Tokyo and its surrounding region operated normally, including bullet trains, according to East Japan Railway, the region's biggest railway operator.

Some lines, however, suffered from temporary delays and stoppages.

Separately, Typhoon Kompasu, which hit Japan's northern main island of Hokkaido yesterday, was downgraded to a temperate depression by early Monday as it moved away into the Sea of Okhotsk, according to the weather agency.

Heavy rains since Saturday caused high waves and rivers to flood on the island, where rescue workers found a male body this morning.

Police did not immediately link the death to the storm, but local media said the body might be the owner of a vehicle that was stranded due to heavy rains.

The local Hokkaido government has so far said the storm has caused only three minor injuries. — AFP