Yong: Is Federal making Sabahans fearful about our security? 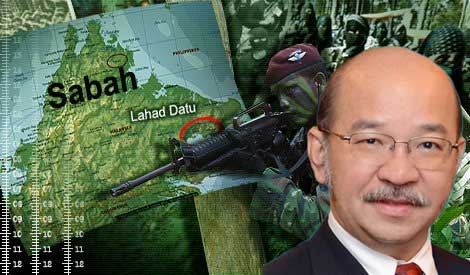 KOTA KINABALU - The absence of the Sabah Chief Minister at a major security event in Kuala Lumpur last week casts a doubt on what the priorities are of the Sabah Government in protecting Sabah from external and internal threats, said Sabah's former Chief Minister.

"Of direct relevance and importance to Sabah's well being is the security situation in the Southern Philippines," Datuk Yong Teck Lee said.

"Yet, the Chief Minister, who is also the Chairman of the Sabah State Security Committee, had missed the launching of "The Implementation Phase of the Mindanao Peace Agreement Between the Government of the Philippines and the Moro Islamic Liberation Front" last Saturday at Kuala Lumpur," he added.

"Did the Chief Minister have other more important duties at the time?" asked Yong.

He said that despite its good intentions for peace in Mindanao, Malaysia's continuing efforts to implement the agreement on Bangsamoro signed in October 2012 in Manila has not brought about peace and stability. In fact, Yong added, as was seen in recent years, the peace agreement has done nothing to improve the security situation in the Southern Philippines.

"As a result, cross-border crimes such as kidnappings have increased, not to mention the infamous Tanduo Incursion of February 2013, four months after the signing of the Manila agreement.