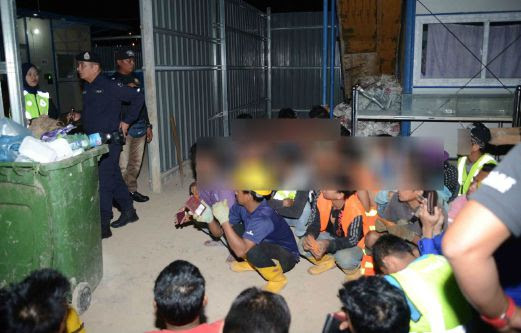 KOTA KINABALU - A total of 23 illegal immigrants were detained in a crime prevention operation in five locations here today.

Two construction sites, a squatter colony and rental units in the city centre as well as in Kolombong were checked by a team from the district police headquarters in the six hour swoop, which began at 1am.

"The target areas were potential roosts for criminals and distribution of drugs," he said, adding that some of the houses occupied by the suspects were also marked for demolition by City Hall.

"On top of that, power supply was also cut off in some of the areas by utility company Sabah Electricity Sdn Bhd," Chandra said.
Posted by wikisabah at 3:44:00 PM