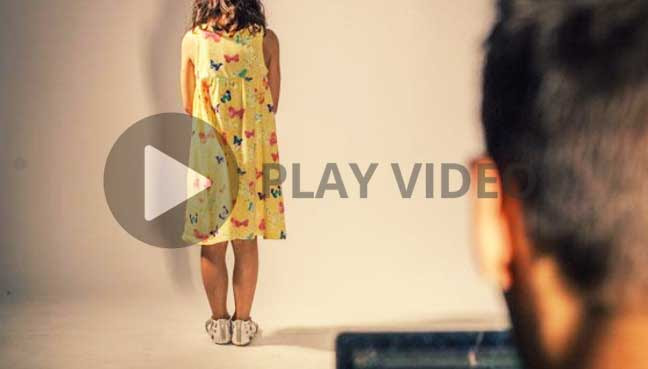 “Live distant child abuse is… being reported as a growing threat,” Europol said in its latest annual cyber organised crime threat assessment, released at its headquarters in The Hague.

Live streaming of child sex abuse “involves a perpetrator directing the live abuse of children on a (pre-arranged) specific time-frame through video sharing platforms,” Europol said in the 72-page report.

“The abuse can be ‘tailored’ to the requests of the soliciting offender(s) and recorded”, it added.

More generally “the volume, scope and material cost of cybercrime all remain on an upward trend and have reached very high levels,” the agency said in a separate statement.

Most illegal activities take place in the so-called “darknet” or encrypted peer-to-peer networks, which offer greater degrees of anonymity to users.

Traditionally live stream child abuse groups were based in southeast Asia, particularly the Philippines, but that “more recent reports indicate that it is now spreading to other countries,” Europol warned.

“Regions of the world with high levels of poverty, limited domestic child protection measures and easy access to children are being targeted by offenders,” the policing agency said, without naming specific countries.

“The exploitation of children online is a huge problem for us,” Steven Wilson, Europol’s cyber crime centre (EC3) chief told AFP in an interview.

Wilson added cyber crime investigators have also noticed a rise in so-called “revenge porn”,where sexually explicit images are posted without another person’s consent in order to harm that person or cause distress.

To counter these threats, Europol was working on a series of information videos on the dangers of online sexual abuse, which will soon be distributed in schools across various European countries.

The report also highlights other online cyber crimes, such as the growing threat of ransomware, that infects a victim’s computer and then captures data, before demanding a payment for the data to be released.

Whereas ransomware used to target individual victims and small businesses, it now focused on major companies and even public institutions such as hospitals, Wilson said.

“We have seen instances where hospitals have had their records locked out, potentially with fatal consequences,” Wilson said, referring to an ongoing case in the United States. - Reuters
Posted by wikisabah at 4:30:00 PM