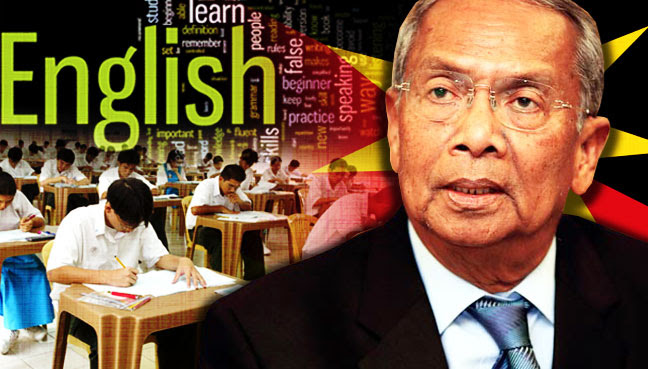 Putrajaya has plans to fortify the command of English but unfortunately too much time and effort have been wasted on data collection and discussions.

Sarawak Chief Minister Adenan Satem has reiterated the importance of the English language.

Following his earlier call for English to be listed alongside Bahasa Malaysia as the state’s official language, so that the English competency of the state’s civil servants and students can be enhanced, he now says the state government will seek the approval of the Federal Government to set up more English-medium schools in Sarawak.

This marks an important milestone in Sarawak’s quest for greater education autonomy.

The importance of the English language is well beyond argument, and it is equally true that the standard of English among Malaysians is fast declining.

It is therefore imperative that the authorities look into this seriously so as to readjust the national education policy to improve the overall standard of English in the country.

Nevertheless, owing to disruptions from some nationalistic politicians and a host of other factors, the effort to strengthen the country’s English education has come under tremendous pressure.

Adenan says the education policy that rejects English is very unwise, and it is believed that many other Malaysians feel the same way.

Adenan is of the opinion that without rectifying the current flawed education policy, there is no way we can lift the country’s standard of English to meet the needs of the international community, sacrificing the country’s development in the long run.

As such, Sarawak aspires to move ahead of the rest of the country by pushing through an education policy that will benefit the nation and her people.

On the federal level, indeed the government has plans to fortify Malaysians’ command of English but unfortunately too much time and effort have been wasted on data collection and discussions.

As a matter of fact, educationists and government education officials are well aware of such a problem, and the key now lies with the government’s political resolution to implement the much-needed reforms.

Compared with many other politicians in the country, Adenan is without the slightest doubt a more pragmatic leader.

The problem Adenan will have to encounter on matters of education autonomy is that education policies and decisions are still very much in the hands of the Federal Government, and the re-establishment of English-medium schools cannot go ahead without the green light from the Education Ministry.

The key question however, is if the national education policy will allow “one country, two systems” in education.

Notably, 10 years after joining Malaysia, Sarawak chose to abandon English as the state’s official language of its own accord. The political and social factors that need to be taken into consideration today are very different from then, and things could get really tacky now.

Sarawakians have proposed to the Adenan administration to permit the establishment of more English-medium private schools in the state by exercising the limited autonomous rights it has without contravening the status of BM as the country’s official language, instead of waiting for a nod from the Education Ministry.

Currently, there is already a St Joseph’s Private School run by the Catholic Church in Kuching, and it is the state government’s prerogative to allow more of such schools in the state. With the blessings from the state government, setting up more private schools is not an issue at all.

Instead of passively waiting for the federal directive, Sarawak should perhaps take positive initiatives, as many want to see some substantial progress in the state’s pursuit of greater autonomy.

Putting aside factors such as the hindrance to national unity and the development of the national language, the focus of boosting English should be to enhance the country’s connectivity with the outside world.

If this initiative succeeds in Sarawak, it should serve as a powerful catalyst for the Federal Government’s English language reform.