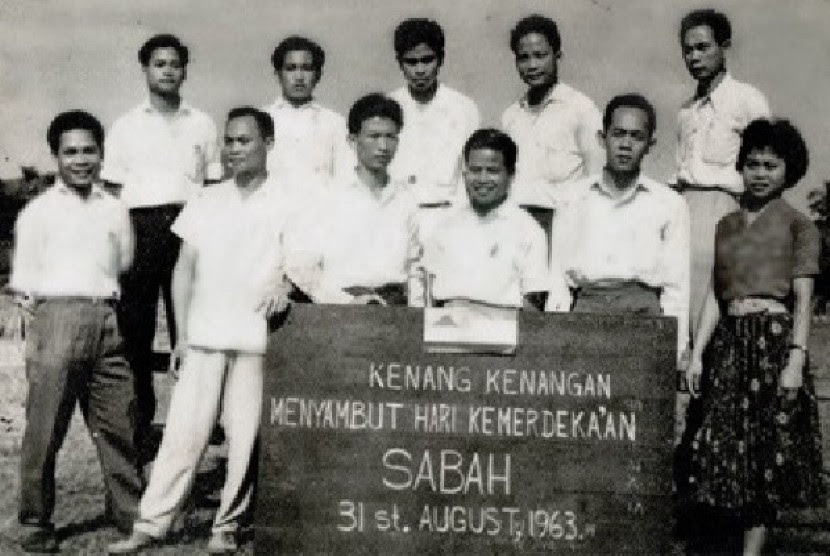 Technically, 'Malaysia' has no Independence Day as Malaya, Sabah, Singapore and Sarawak were already independent when they formed Malaysia.

IT is the time of the year when my WhatsApp groups are raging with debates on when Malaysia Day is.

Is it on Aug 31, when in 1957 Tunku Abdul Rahman proclaimed the independence of Malaya?

If you’re in my Sabah WhatsApp groups, Sabahans overwhelmingly will say Malaysia Day is on Sept 16.

My fellow Borneans in Sarawak will also say it is on that date.

Historically, here’s what happened on Sept 16, 1963. Malaya, Singapore, Sarawak and North Borneo (that’s what my state was called back then) FORMED (and not JOINED) Malaysia.

There are those, especially Peninsular Malaysians, who argue that Malaysia Day is on Aug 31.

Some use the United States of America argument.

In 1776, 13 colonies of the British Empire broke from the mother country and became the new nation of the United States of America.

During the 19th and 20th centuries, 37 new states were added to the original 13.

They argue that Americans celebrate Independence Day on the fourth of July, the day when 240 years ago the 13 American colonies became independent of Britain.

And therefore, they say, Malaysia, too, must celebrate Malaysia Day on the day Malaya gained indepen­dence from the British.

“To compare the Independence Day of USA and Malaysia is not comparing apples with apples,” former Sabah state secretary Tan Sri Simon Sipaun wrote in one of my WhatsApp groups.

“USA started as USA from day one. The rest of the states joined the USA. Sabah and Sarawak did not join Malaya but federated with it to form a new country called Malaysia.

“If historical facts are not distorted, there will be much less confusion if any,” he added.

In practice, according to Sipaun, the former Suhakam vice-chairman, Malaysia celebrated Malaya’s 59th year of independence this year.

“It has no relevance to Sabah and Sarawak. Malaysia has no Indepen­dence Day.

“Independent from who?” asked the 78-year-old Sabahan who was 25 years old when Malaysia was formed.

“The only important date for Malaysia is the date of its birth – Sept 16, 1963. It should be declared national day. But for Malaya, Malaysia is Malaya and Malaya is Malaysia.

“It took the Federal Government 46 years just to accept and recognise the simple historical fact that the date of its birth is Sept 16, 1963,” he added.

Many in Peninsular Malaysia are not aware that Malaya, North Borneo, Sarawak and Singapore FORMED Malaysia.

It seems they’re historically challenged because of our textbooks.

There are “skipped facts”, accor­ding to Parti Bersatu Sabah (PBS), on the formation of Malaysia in school textbooks.

“The existing syllabus provided minimal treatment on the Malaysian formation, which should be taught in detail in the school curri­culum beginning from the Malaysia Solida­rity Consultative Committee, Cobbold Commission Report, the 20 Points (for Sabah and 18 Points for Sarawak), the Inter-Governmental Committee and their recommendations which led to the establishment of the Malaysia Agreement 1963,” acting PBS president Datuk Seri Dr Maximus Ongkili said in a statement.

Unfortunately, the Kota Marudu MP said, these facts were compressed to a chapter, probably less, and limited to just a few pages in the school history books.

And as a result, he said, students and even civil servants were not fully informed of the true facts of the formation of Malaysia.

They, according to the Energy, Green Technology and Water Minister, become ignorant of the sacrifices of the Sabahans and Sarawakians and what their leaders had to go through during the process towards the birth of Ma­­laysia.

“With the lack of information on the formation of Malaysia, students and even the people are turning to blogs for details, which are often twisted,” he said.

“So many people were involved and a lot of sacrifices made to make Malaysia possible, therefore all these historical events deserve more than just mere mentions in our textbooks.”

Dr Maximus said before the Malaysia Agreement 1963 was formulated, there was a series of historical events that took place to make the country’s formation possible which were either given minimal coverage or none at all.

“The Sabah 20 Points were written to safeguard the interests, rights and autonomy of the people of North Borneo upon the formation of the federation of Malaysia and a similar proposal, with certain differences in content, was made by Sarawak, referred to as the 18-Point agreement,” he said.

“The Sabah and Sarawak people were also accorded with special rights, as stated in the Malaysian Agreement, which should not be taken lightly.”

If there is one issue that can unite Sabahans, it is the “skipped facts”.

PKR vice-president Darell Lei­king, a Sabahan, told a news portal that “a nation could not be built on distorted history as this would only serve to breed ignorance”.

The Penampang MP has an inte­resting suggestion. He said Dr Maximus should take his complaint to Education Minister Datuk Seri Mahdzir Khalid.

“Mahdzir had served as a headmaster in Sabah before and is married to a Sabahan. He will know very well what Dr Maximus is talking about,” said Leiking, as reported by the news portal.

I do hope that, as someone who has served in Beaufort, Sabah, and is married to a Sabahan, the Education Minister will help rec­ti­fy the “skipped facts”.

I hope that, like most Peninsular Malaysians who lived in my state, he has fallen in love with Sabah and understands Sabahans’ frustration and anger over the issue.

The political parties in Sabah, whether in Barisan Nasional or the Opposition, are tapping into this frustration and anger.

Did it come from opposition PBS which was fighting for Sabah for Sa­­ba­­hans to wrestle power from Berjaya, a Barisan component party in 1985?

Did it come from Datuk Dr Jeffrey Kitingan, who some say was jailed under the Internal Security Act for fighting for Sabah rights in the 1990s?

Or did it come from Datuk Yong Teck Lee’s SAPP which has been cham­pioning Sabah issues?

What is clear is the tribal drum is beating louder for Sabah rights to be recognised.

On Friday, we’ll be celebrating Malaysia Day. Don’t think of it as just a holiday, but a day when Malaya, Sabah and Sarawak came together. Selamat Hari Malaysia to all Malaysians!