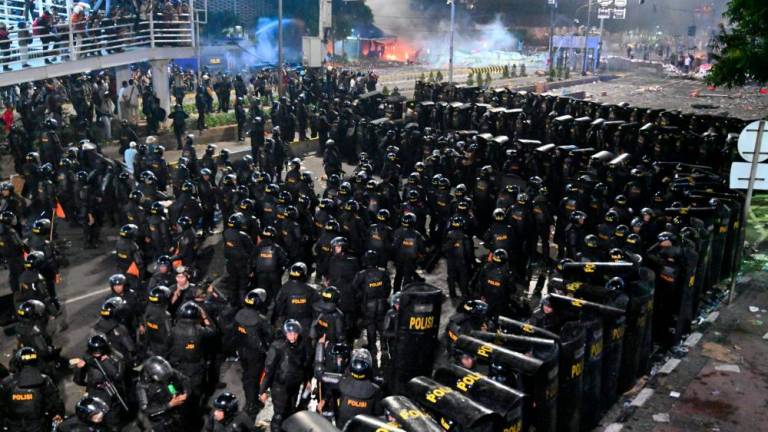 JAKARTA - Indonesian police believe the riot incidents in Jakarta since two days ago were also orchestrated by the Isis terrorists.

Of the 257 rioters detained, to date, several were suspected to be members of the militant group Isis or Islamic State of Iraq and Syria.

Indonesian National Police spokesman M Iqbal said the police were hunting for the masterminds or those directing the riots.

“We have identified the leaders of the groups and hunting them, the groups are also found to be planning attacks on police premises,“ he told a media conference here.

M Iqbal said the demonstrations protesting against the outcome of the Indonesian Presidential General Election (2019 Pilpres) since two days ago were perpetrated by several groups.

The first group were the mass demonstration group who demonstrated peacefully by claims of cheating at the 2019 Pilpres process.

The second group was from outside of Jakarta (West Barat, East Jawa and Banten), which was aimed at rioting and trigger unrest in Jakarta and the third group were masterminded by Isis. — Bernama